I just looked at the clock, it's quarter past August already! Where does the time go? We here in in England have been subjected this summer to something called sun. It has been so hot that ginger people, such as myself, have been spontaneously combusting on the pavement leaving nothing but a pair of boots with smoke coming out of them. It is very hard to be English in these sort of conditions. We have to stop complaining about the rain, which leaves us with a massive hole in our day with nothing to do. There have been swathes of pensioners, wandering the streets, trying to cope without a beige raincoat on. Our economy has taken a massive hit as umbrella sales hit an all time low and wellington boots manufacturing had to be slowed to a crawl. It's been hotter than Kylie Minogue's bottom wearing hot pants in a hot cross bun factory.

Now, I am sure that there is no connection what so ever but the dry spell was bought to a rather spectacular end on August 10th  when the heavens opened up and dumped a years worth of rain all at once on London, the same day Craig Northey came to visit. 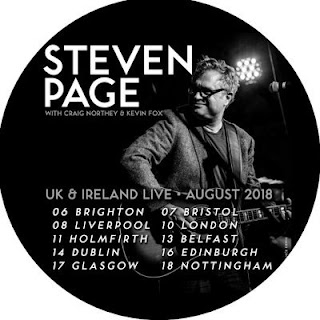 The Steven Page Trio were in town as part of their summer tour of the British Isles. The band, comprising of ex Barenaked Ladies front man Steven Page, Odds front man Craig Northey and Kevin Fox, Cellist extraordinaire ...who has a front. The tour took in towns across the country and visited Ireland, the bands first trip to the emerald isle. The London gig took place at The Union Chapel, a beautiful working church that also puts on concerts of all description. It's astonishing architecture and spectacular stained glass windows, along with some outstanding acoustics made for a very special back drop to the evenings proceedings. Craig and Kevin opened up with a half hour set of their own which was split between Odds classics such as "Someone Who is Cool" and a handful of Kevin's compositions the highlight of which was "Gone Too Long" a lilting love song that showcases Mr Fox's vocal talent. Kevin also performed his version of "Sweet Dreams Are Made of This" by The Eurythmics, which included some virtuoso Cello playing of true virtuous virtuosity.

Unfortunately the set did not include "Not A Lot Goin' On" or "Happy Place" as Craig felt, as he explained to me afterwards, that he needed to choose tunes that would suit the grandeur of the surroundings. The boys were soon joined by Steven Page to rapturous applause. Their set consisted of mostly Barenaked Ladies classics a change from last year which comprised a set of mainly material from Steven's post BNL solo career. This said it seems that the set list changed at each venue. As ever, "Enid", "Old Apartment" and "Brian Wilson" were outstanding and had the audience rocking in the pews. Unfortunately, as much as the venue was beautiful, the reverence that came with it made for an atmosphere of subdued frustration as it was almost impossible to get up and boogie when you felt the need.

The tour was in part due to the huge success of the boys visit to our shores in October but also to help promote the upcoming release of Steven's new album "Discipline - Heal Thyself - Part 2" which will be available to buy from all your favourite outlets in all the formats you can think of. The first single from the album "White Noise" which promotes itself as a modern take on the protest song of old is already available as well as a second single "Looking at the Light" both of which can be downloaded for your listening pleasure now! The Craig Northey was heavily involved in the album, co-writing some of the tracks. The Odds were also in the main part the backing band on the album.


If you would like to see Steven Page live, with or with out Craig and Kevin dates can be found here. Also a little shout out to the wonderful work of Liam McKinnon, casual box thumper for the trio and runner of  Get Barenaked, 100% approved Barenaked Ladies Fan Site. Go and give him some love and follow him on twitter and instagram and all those other trendy social places. Please tell him Ian at Blog Paper sent you!

Exciting news came a few weeks ago from the twitter account of Mr. Brent Butt. Work has begun on Season Two of Corner Gas Animated. The story lines of all the episodes have been locked and work is well and truly underway on the scripts in the writing room as mentioned in a new video on The Buttpod You Tube Channel. The cast has also been pictured back in the recording studio, all smiles glad to be back for round two of animated antics.

Obviously details for Season Two are limited at the moment. However, #spoilers, one episode seems to include a Turkey being pulled out of a bowl of water!

Brent's video gave a few details but was mainly to answer as many questions as he could from fans about the show in general. Have a look below and see what he had to say.

What with Bent being super busy with the show, there are no new Buttpod episodes to report on at time of writing. However, waaaaay back in April and May there were three episodes which I didn't bring to your attention. This is very remiss of me but in my defense at the time I was mesmerised by the glowing orb in the sky that seem to be trying to turn me from my natural British shade of pewter to an unhealthy shade of puce. Here is a run down of the guests on those three episodes.

Fred is a chap who we all know and love as the keeper of all but one of Dog River's baseball hats. He get's plenty of coverage here at Corner Gas Fan Corner and thus allows me to be extremely lazy and point you towards this link if you still need to discover the work of this fabulous actor. 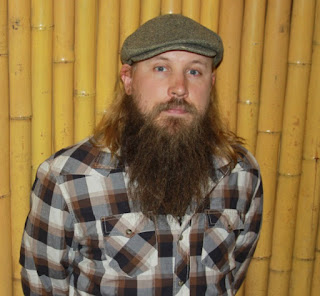 This is a fantastic episode of The Buttpod. Mr. Clark makes very affable, funny guest. Grahame is a stand up comedian and well known co-host of popular podcast "Stop Podcasting Yourself". The show is a three-time Canadian Comedy Award-winning podcast that has been running since 2008 with over 500 episodes to date. Their weekly free-form comedy chat show has featured comedians among the likes of Jen Kirkman, Brent Butt, Nikki Glaser, Debra DiGiovanni, and Moshe Kasher. As the only Canadian podcast in the family of MaximumFun podcasts, Stop Podcasting Yourself (or SPY as it is commonly dubbed) has made numerous lists of top podcasts, and has been named “the official podcast of unemployed millennials” by The Paltry Sapien. Dave Shumka is Grahame's co-host and also a previous Buttpod guest who you can read about here.

Grahame and Dave are performing Stop Podcasting Yourself live in various towns in Canada. If you are lucky enough to be local here is a list of the dates and venues if you fancy getting yourself a ticket. 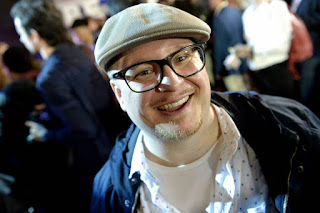 Now, if you were ever in doubt as to the insane amount of talent there is that gushes out of the springs in Canada, you just need to check out the guest list of The Buttpod, or any of the other aforementioned shows for that matter. All of these individuals have half a dozen strings to their bow. Charlie Demers is no exception. Comedian, writer, activist and vocal talent Charlie is one busy chap. He is known for his on CBC Radio show The Debaters and as the voice of Night Light in My Little Pony: Friendship is Magic! His latest book "Property Values" is garnering excellent reviews (one of which will be on this site as soon as I can match Charlies' productivity levels) and is available now. Here is a clip of Charlie doing his thing on stage below. Warning : Contains naughty themes and words your mum told you not to say.


So if you haven't already had over to The Buttpod website and listen, or re-listen, to these great episodes. Don't forget Brent is still trying to reach 15,000 subscribes to the You Tube channel by the end of the year. The number, at time of writing is hovering around the 3.4k mark, so there is a way to go. Please spread the word, tell your friends, family, cats, dogs and budgies to go and click the subscribe button on the channel. While you are at it get them to click the follow button here at Fan Corner too, it costs nothing and comes with guaranteed good karma for the rest of the year at least, maybe even longer!

Exciting news for Lorne Cardinal fans this side of the pond as Kayak to Klemtu had it's European premiere at the Edinburgh Film Festival in July. The film follows the journey of a young fourteen year old girl who kayaks the length of the Inside Passage in British Columbia with her grumpy uncle, played by Lorne. Determined to make the journey in honour of her recently deceased activist Uncle who intended to deliver an impassioned speech to try and halt the development of a proposed pipeline that would bring oil tankers to their home waters.

The movie has been receiving some solid reviews. Set against beautiful scenery and using some wonderful cinematography, the movie delivers a very important message which could be too heavy for it's audience if it hadn't been handled with such a light touch. Easily accessible and enjoyable and important environmental message is delivered with an emotional touch by it's skilled writer and director Zoe Hopkins as well as its talented cast. You can follow the movie at the official Facebook page here for more information and performance times, dates and venues.

Tara Spencer-Nairn has two up and coming projects. 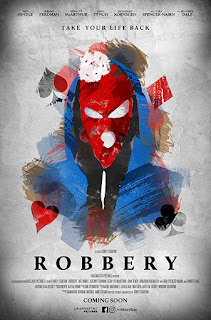 "Robbery" recently finished production in which she stars as Ellie. Written and directed by Corey Stanton, the movie tells the story of a young thief who plans a series of hiests to help with his father's battle against dementia and to pay off gambling debts. Check out the trailer, only released August 7th, below and follow the Facebook page here for information on release dates when they become available.


Tara also announced that she will be working with the legendary Daniel Stern in sci-fi comedy "James vs. His Future Self". The movie is credited as being in post production as we speak but there is little more information other than a brief story synopsis:-

"When an uptight time-travelling obsessed young scientist is visited by his nihilistic future self, he's told that he needs to give up his dream of becoming the world's first time traveler, or else. But when he won't go along with the plan, it becomes a wicked battle of man versus himself - literally"

More details when I have them.

So there we have it, all caught up. Next month I will be attempting the very first globe trotting "Corner Gas Fan Corner Fact Finding Mission". Details are top secret but I can promise you some exciting posts to come in the next few months, culminating in something very special for your Christmas stocking! Stick with us folks, exciting times!

It looks like it is going to start raining, I must go, I have to break in my new wellingtons. I had to buy new ones because the last pair melted! Bloody weather!
Posted by Ian Richards