The Return of Corner Gas... Hoorah!

Well wouldn't you know it. It is a very exciting time to be a Corner Gas fan. I was worried that I wouldn't have anything to write about, being that the show has been off the air for a few years now. In fact here in the  UK it has never been on the air, full stop!

The main aim of this blog is to try and introduce my favourite show to people in England who will never have heard of Corner Gas. So far my efforts have been outstanding, I am aware of at least five people over here who are aware of it's existence and another one who has actually started to watch episodes due to my consistent banging on. I feel this should go down as a positive achievement. However, if you are not in my immediate circle of friends and have just floated onto my site from some random Google search from which you were looking for someone selling a corner sofa or people offering better home heating service rates, please check out my previous posts to find out about what I am sure will soon become your favourite televisual experience. Other than when Judy Finnigan's top popped open that time, obviously.

Looking at other fan sites and their content, I wanted to try and set myself apart and offer something that no one else does, which is very difficult. Nobody want's to read a dry running through episode highlights and transcribed jokes that might not translate too well. However, when writing about a defunct show, you can't fill the page with exciting news of new seasons and production news. I have been at my wits end trying to come up with something outstanding to show all my British chums (and the rest of the world, don't want to leave anyone out, no walls going up here my friends!)

Then it happened, little Canadian pennies from heaven fell from the internet easing my pain like two paracetamol and a nice cup of tea. Brent Butt, show creator, teased a cartoon version of himself and shortly after a teaser trailer dropped for Corner Gas: Animated.


A new series of 13 episodes are being produced at this very moment at The Smiley Guy Studios. The entire original cast are back with the exception of Janet Wright who sadly passed away in November of last year. The production has been given the blessing by Janet's family to include her character of Emma Leroy, long suffering matriarch of the Leroy family. It was suggested that the production that Corrine Koslo was cast in the role. 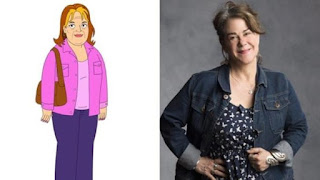 Corrine was a close friend of Janet Wright and Brent Butt has noted that it has been a "soothing balm" to have her step into the shoes of Emma. Corrine was born in France and grew up in Halifax, Manitoba. She is a graduate of Vancouver Acting Playhouse Acting School and has been performing on stage for 30 years. Not one stage, different ones, across Canada. She is also award winning, scooping up two Dora Mavor Moore Awards, Jessie Richardson Awards and a Sterling Award, for various roles over the years which is a pretty big deal - especially to those who haven't won any yet. She is also well known for her work as Lady Rataxes in the Barbar children's television series.

Corrine has spoken of how she was mentored by Janet as she began her career as an actor and how Wright nurtured and cared for young performers. So it seems fitting that the role of Emma will be cared and nurtured by someone so close to Janet.

The picture above shows the rendering of Emma Leroy in her animated form and it is one of very few designs that have surfaced on the net over the last few months. Key animation is due to start in March so hopefully more pictures will be landing very soon. I am sure animators pencils were be ablaze from drawing up a storm and colouring in like fiends over there in Canada. So far, as well as Emma we have been treated to a look at Brent, the gas station and The Ruby in all their 2D goodness. 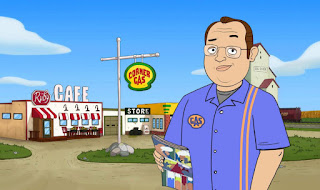 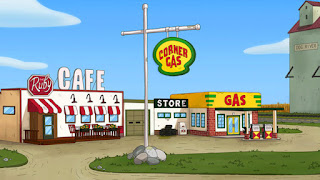 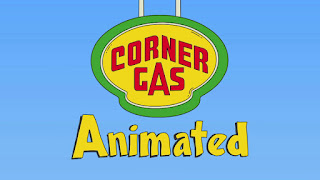 Recording of the cast has started and will take place in Vancouver and Toronto. The cast have taken to social media with pictures of what seems to be fun times! 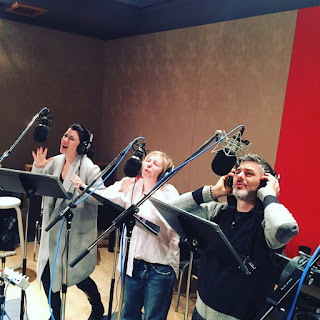 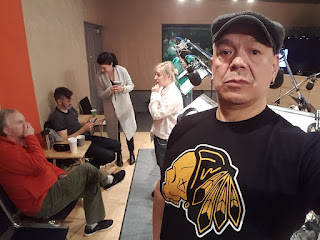 I will keep you all updated on the latest goings on with the production of Corner Gas: Animated over the coming weeks and months. In the mean time, if you are from England go look for the show, I'm sure you will know somewhere to find it. If you are from anywhere else in the world and love the show, contact me ianblogpaper@gmail.com, fill me in with your Corner gas memories or any other aspect of the show you would like me write about that may help me sell it to my British brethren. I look forward to hearing from you. Until then I am going to go get myself a chilli cheese dog and have a read of The Howler. 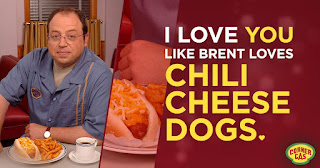