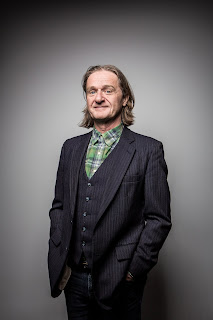 I am beginning to piece together a conspiracy. I hesitate to tell you about it, just in case it puts all our lives in peril. There is misinformation afoot on the internet. I know, staggering, but true! It turns out that every corner of the world wide web is littered with fabrications, untruths and misdirection. Only yesterday I read that Elvis is alive, well and in charge of Pepperoni at the Milton Keynes branch of Subway. The artical suggested that the branch manager, Mr. M. Jackson, had said that it wouldn't be long before Elvis got promoted to Mayonnaise and Chutney. Turns out this is a massive fib! How my face was red, I had already told everyone down at the Lamb and Flag Public House Monopoly and Tag Mud Wrestling Tournament!

The obvious conclusion is that it is the work of the Illuminati, the secret organisation that everybody knows about. The Illuminati includes such high ranking officials as The Queen, Simon Cowell and Ronald McDonald. They control everything, from the price of gold on the stock market to the amount of stuff in the middle of an Oreo. They work in the shadows, sometimes including hidden clues in everyday documents that point to their involvement in our ordinary lives and in such mind bending mysteries as the disappearance of Lord Lucan, the Bermuda Triangle and why The Simpsons is still on the telly. A case in point. If you fold a ten pound note in a certain pattern you can make The Queen boss eyed. If you follow the gaze of her pupils down the length of her nose you will find that it comes to rest at the end of her left nostril. This line continues to point at the three middle digits of the notes serial number. These numbers happen to be the co-ordinates of the best place to find Pikachu in the Pokemon Go game. In the words of the late philosopher Curly Howard - "Cohinkydink?" I think not.

I put to you that it is this skullduggery that has lead me to have to sail the seas of confusion as I find for the second time that there are two celebrities with the same name, one of which works on Corner Gas, one that does not. The first pair being Gabrielle Miller and Gabrielle Miller. Today it is David Storey, multi talented director of the majority of Corner Gas episodes and David Storey playwright and screenwriter. However, never fear I have sifted the information I found for this post through the sieve of truth, cleaning it with the water of accuracy, weighing it with the scales of correction to create the breakfast roll of facts. 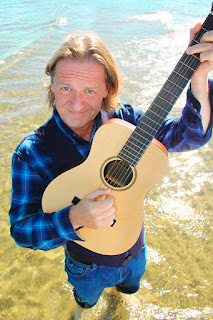 David has spent most of his life in the entertainment world. In his early years he could be seen acting in commercials and presented CBC children's show. His first love was music, he played Folk and Bluegrass and even toured North America with his school choir. As he grew older he became the member of a Punk/New Wave band. He attended Ryerson University and started working behind the scenes on music videos, starting as a production assistant and working his way up. Around this time David released his own compositions that received heavy college radio play, garnered critical success and awards.

Although gigging regularly, family life made David consider a new career path and started directing music videos. One of his first was for the Tom Cochrane classic "Life is a Highway." The video received a Juno award nomination and a number of Canadian Music Video Awards.


Suddenly, Mr. Storey was Canada's hottest music video director. He worked with many different artists including The Rankin Family, Corey Hart and Ann Murray. One video that he directed for Tom Connors, the comedic "Margo's Cargo" would help shift his career in another direction again.


David was given comedy projects for television to over see. His first project was the series "Comics" for CBC in which he rubbed shoulders with some of Canada's best comedic talent including Brent Butt and Mark Farrell. David pitched and created a number of further series for different networks. One of the most successful of these was "Blackfly" starring Ron James and the great Colin Mocherie.

Soon after his partnership with Brent Butt and Virginia Thompson gave birth to the reason we are all here today, Corner Gas. Over six seasons, the show produced a regular average audience of 1.6 million an episode. It won 6 Gemini awards and 5 Leo awards. The gongs didn't stop there, it also racked up 6 Canadian Comedy, 4 Directors Guild, 3 Writers Guild awards as well as being nominated for an International Emmy.

Once the show wrapped up more projects came along. This included Corner Gas: The Movie,  phenomenal success that ultimately lead to the creation of Corner Gas: Animated for which David is the vocal director.

After production of the movie came to an end, David was drawn back to performing music. Picking up a guitar again, he soon found he had written a large number of new songs. Bringing the material to open mic sessions around Toronto in 2012, it wasn't long before he produced a five track EP entitled "Movin' On". A solo effort, recorded in Revolution's Studio C, the record immediately created positive reviews and plaudits for David's style, vocals and guitar work.

A full album "Coming Home" followed in 2015. A collection of songs that study the human spirit and what makes us who we are. The album features a collection of beautiful songs that won a huge amount of praise. A third album is in the can and will be released in January 2019. In the mean time David continues to gig around Canada in venues and festivals across the country. 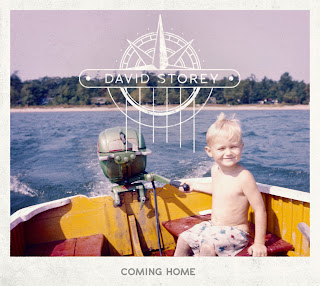 So, I have thwarted the evil doings of the all seeing Illuminati, swerving all those biographies they posted of so called award winning playwright and rugby player David "Not the Corner Gas One" Storey. Their efforts to confuse and confound have only made my resolve to bring you the facts regarding our own mega talented leader even stronger. The truth will out and out it has! Take that the man! Tom Hanks has got nothing on me I tell ya.

For further information regarding Mr. Storey his music, releases and tour dates please visit his website here. You can also subscribe to his mailing list here.  His albums can be purchased here and here.
Posted by Ian Richards