They Write the Songs - Jesse Valenzuela 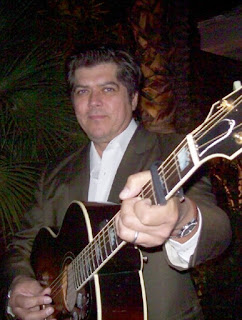 Music. It binds us together like one too many Spanish Omelets. It is a universal constant that can be found in some shape or form in every corner of the the planet. You could be standing in the middle of a rain forest with not another human for hundreds of miles and hear the natural rhythm of the glorious nature around you. You could be standing in the middle of The Frog and Monkey public house, East Cheam, listening to Sid Lumps and the Violent Phlegm bashing out their hit single "I Can't Get it off My Shoe". It all amounts to the same thing, enjoying the sounds that your surroundings have produced for you. Only difference being that in the forest there is no £10 entry fee at the door.

The history of music is extremely complex. The first documented use of rhythm and harmony to create a basic, rudimentary song was discovered in a series of cave drawings on the southern most point of the South American coast. Historians and scientists spent years translating the pictographs into what were found to be the following lyrics  -

Over the years as we developed as a species so did our music. New styles were created. New instruments were developed that gave depth to the compositions of the masters of the craft. Possibly the greatest example of this being Mozart's Third Movement for Ocarina and Spoons.

Modern music is so diverse that it can be rather divisive. Everybody has a favourite genre or artist and often arguments can develop between otherwise good friends as to which is better. Bitter feuds have risen out of a general discussion as to who is a better singer Celine Dion or David Hasselhoff. However, every so often there comes a musician of such talent, such artistry that there can be no argument of their genius. Today we discuss the work of one such chap. 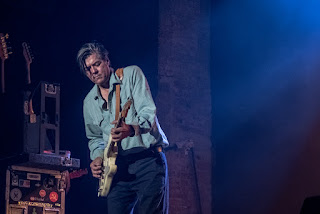 Jesse is best known as one of the founding members of legendary rock band Gin Blossoms.

The band was formed in 1987 by Doug Hopkins and Bill Leen. The two had started a band previously. In 1981,whilst attending Arizona State University, Hopkins on Guitar and Leen on Bass even though neither of them actually new how to play. By the time the Gin Blossoms was formed they had mastered their chosen instruments and were joined in 1988 by Jesse as a second guitarist. The rota was filled out with guitarist Richard Taylor and drummer Chris McCann. The first year for the band was somewhat stained and personnel soon changed. Eventually the line up settled Philip Rhodes as drummer and Robin Wilson as rhythm guitarist. Wilson would eventually become the bands lead singer.

In 1989 the band funded their first album Dusted. It was successful enough for them to land a deal with a major record label, A&M, the following year. Their troubled beginnings followed them through their attempt to record their next album, efforts were aborted and instead the EP Up and Crumbling was released. They then decamped from their home in Arizona and moved to Memphis to continue recording. During this time Doug Hopkins, who was suffering from depression and alcoholism was dropped from the band at the insistence of the record label, he was replaced by Scott Johnson with whom Gin Blossoms finished recording the album New Miserable Experience which was released in August of 1992.

The album was a slow mover to start but eventually broke the billboard charts in 1993 . There were a number of hit singles that were released from the album. "Hey Jealousy" was a huge hit and helped to push the album further up the charts. "Until I Fall Away" and "Alison Road" were also great successes and New Miserable Experience was certified as double platinum in 1994 and quadruple platinum in 1996.

In 1995 Gin Blossoms track "Til I Hear it From You" was featured on the soundtrack to teen comedy drama Empire Records. The album reached number four in the rock charts and the song was a major radio hit. The song wasn't released as an official single until it was part of a double A side with the first release from the bands next album "Congratulations I'm Sorry". The track "Follow You Down" became their first top ten hit. The album performed well and spawned further minor single hits with "Day Job" and "As Long as it Matters".

It was soon after that Gin Blossoms decided to split in 1997. Despite this Jesse would continue to be a prolific writer and performer. In 2002 he released his first solo album "Tunes Young People Will Enjoy". The songs featured on the album were actually composed in the late 90's but recorded several years later by Jesse and a number of contributing friends. The album includes memorable, well crafted songs which span a number of different styles, from blues to tracks with a latin feel. Jesse becomes the front man for his solo effort, a position he relinquished in the Gin Blossoms, providing vocals as well as some fantastic guitar work.

2002 was also the year Gin Blossoms reformed and continued to perform with some more changes to the line up. They continued to perform live together whist taking part in other side projects. One of which, for Jesse, was a collaboration with Canadian legend Craig Northey. In 2004 the simply Northey Valenzuela was released featuring the Corner Gas theme tune "Not A Lot Goin' On".

Craig and Jesse met in Hollywood where they were both living. They traveled and played gigs together. Over time they had written a number of songs together. They decided that they should record them all in the same session to allow them to give the tracks the same sound and production. The album was recorded over the course of a week, most tracks recorded with only a couple of takes. Much of the inspiration for the album came from the classic Atlantic Stax recording artists of the 1960's. Jesse and Craig wrote many of the songs on the album, including "Not A Lot Goin' On" over the phone.

2006 saw Gin Blossoms release their fourth album "Major Lodge Victory" which saw the band enter the Billboard top 200 for the first time in ten years. Jesse contributed writing to most of the albums tracks including standout "Learning the Hard Way". A triumphant return the album was closely followed in 2009 by a live offering featuring versions of many of their hits old and new.

2010 gave birth to "No Chocolate Cake" the bands fifth studio album, again with most tracks written or co-written by Jesse. The disc is full of memorable, catchy lyrics and hooks. The band, playing at their best, have an extremely tight sound with a chemistry that can rarely be matched. Filled with energy, particularly from the guitar parts. It is obvious you are listening to a band with a new found life born from a turbulent history. A sixth album Mixed Reality was recorded in 2017 and released in June this year . It features a new direction for the band, although still sounding like the band we know and love there is new orchestration and experimentation with sounds and instruments. Heavier rock elements are introduced but the collection of songs still remain catchy and memorable.


So there you have it. For thousands of years the human race has striven for musical perfection. There have been many ups and downs. For every "Bohemian Rhapsody" there is an "Achey Breaky Heart". However, when there are the likes of Mr. Valenzuela out there, producing the soundtrack to many of our lives, the world is a better place.

I can't think of  a joke to follow that with, so I'll just leave that there in all it's cheesy, butt kissing glory.
Posted by Ian Richards