Six Degrees of Dog River - The Music of Kevin Fox

A wise man once wrote "Never let a man tickle you with the wet end of a dry Stoat." That is something we can all relate to and often live by. Another wise man wrote about the fundamental interconnectedness of all things. His theory being one thing will naturally lead you to another no matter how seemingly unrelated they are. That wise man was Douglas Adams, creator of The Hitchhiker's Guide to the Galaxy and shambolic detective Dirk Gently.

Adams theory has it's basis in Quantum Physics which is a thing brainy people know about. All us geeky types will have a better chance of understanding such a complex concept by relating it to the popular game "Six Degrees of Kevin Bacon." The rules are simple; connect a random actor of your opponents choice with Flashdance icon and Graboid botherer Kevin Bacon by naming no more than six other actors that have starred in movies that will eventually link your two base subjects. Here is a Corner Gas equation based on this game as an example:-

If you want to really break it down I can make the equation much simpler.

Brent Butt is Canadian - Kevin Fox is too.

Ergo, remembering that we have just followed a genuine scientific hypothesis - all be it a fairly ropy one, Kevin Fox is related to Corner Gas and I get to write a post about him!

So who is this mysterious gentleman being clumsily shoe horned into my chosen website subject. 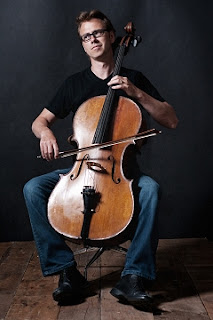 Kevin is a multi-talented, multi-instrumentalist with a multitude of credits to his name and probably eats multi grain cereal for breakfast. His skills on Guitar, piano and his signature instrument Cello have made him the go to musician for recording artists including Celine Dion, Olivia Newton-John and a young chap called Justin Bieber who I believe is very popular wid da kidz. Kevin is also well known in the industry for his incomparable talent for composing and orchestration. He also has an extremely nice singing voice. Basically he is, like a Casio Bontempi Keyboard, the complete musical package.

He developed his skills whilst studying at McGill University in Montreal although he had already composed many songs and orchestral pieces by this time. After university he quickly joined a band lead by Andrew Cash and worked with many other artists either in the recording studio or on stage. He was also working as a composer and arranger, some of his songs being picked up for film and television use. His music can be heard in Baywatch Hawaii and the perennial favourite Buffy the Vampire Slayer. His first album, Come Alive is a collection of eleven songs that really show off the scope of Kevin's talents. Tracks include nods to catchy pop, jazz and an over arching country folk sound. Individual songs often showcase different instruments as they come forward in the arrangement. Often Kevin's vocal gymnastics are prominent and provide soulful translations of often reflective lyrics.

Stand out tracks include "Satisfaction's Grace" which leans towards a catchy pop sound whilst being grounded in classical composition. "By and By" is the albums first country tinged song and is lead by an acoustic guitar sound. Quite often in this album Kevin's signature Cello can often be heard but is taking a back seat and giving the other musicians and their instruments a chance to breathe. Electronic elements are used to great effect in tracks such as the jazzy "These Fears" which also contains a full on Marimba solo by Erin Donovan, and how many albums can make such a boast! So rare are Marimba solos that I had to look up what a Marimba was. It's basically a Xylophone that's easier to spell.

Come Alive features a unique collection of sounds that really set's it apart and is a fantastic primer to Kevin's huge talent as a musician.

Songs for Cello and Voice 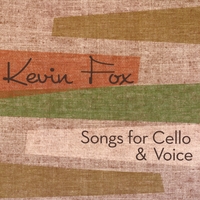 If I thought I could get away with simply writing "Wow" as a one word review I would do. Songs for Cello and Voice is an album that you will put on constant repeat for days and weeks to come. It is so good that the other day I put it in our car CD player and it refused to give it back when I pressed eject.

This is a stripped back affair and only features Kevin, his Cello and a very chilled out selection of memorable tunes all written by the man himself with exception of two tracks. Kate Bush classic "Army Dreamers" and Eurythmics evergreen "Sweet Dreams" are covered with a uniqueness that Kevin makes the songs his own. Lead track "The Signs" kicks things off and sets the albums laid back tone. "Fool in Love" is bouncy and extremely catchy, bringing warmth and coziness to proceedings. Also stand out is "Away Too Long" a very contemplative song which, like many of Kevin's songs tells a wonderful story.

Considering that this album is simply a man and his Cello, repeat listening will have you discover elements of each song that you didn't notice before. This is a remarkable recording that I really can not recommend enough. Wow! 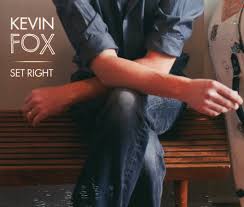 Kevin's most recent work has the most pop-tastic feel of his trio of albums. Overall the sound of this set is almost a combination of that heard in his previous releases. Kevin this time is responsible for composing the music for all the tracks except the two covers included here. The lyrics are in the main part written by Kevin's wife Tammy. Her work gives the album a different feel in it's storytelling, covering topics that are a little less melancholic than songs on the previous records. The couple have created between them some extremely memorable songs.

Again being full of highlight's the old cliche "All killer, no filler" seems apt, especially for track "Cliched Remains"...because it has cliche in the title. This song has a '70's feel to it's arrangement, possibly due to harmonies that are reminiscent of The Carpenters, and also features an ear-worm inducing finale. Title track "Set Right" and "Inside" are particularly enjoyable highlights. Country tones sneak into "It Feels Right", an up tempo tune that gets your feet tapping.

We are treated to Kevin's take on Joni Mitchell's "River." The second cover on the album is phenomenal. Paul Simon's "Diamonds on the Soles of Her Shoes". You may have trouble getting to listen to the two final tracks on the CD, as you will probably find yourself rewinding back to the start of the track as soon as it finishes. It is a masterwork in arrangement as the layering of Cello parts on top of each other is staggeringly effective and all together very clever.


So please seek out the work of Kevin Fox, if you click on the link here you will be taken to a place that will gladly sell you the above albums. If you are lucky enough that he should visit your town go and see him live. Whilst at the concert maybe sing a long and have a bit of a boogie. If you see a middle aged, follicly challenged chap doing some particularly amazing dad dancing, as The Hitchhiker's Guide reminds us, don't panic! The interconnectedness of all things has lead you to be standing next me. You could buy me a drink if you like.