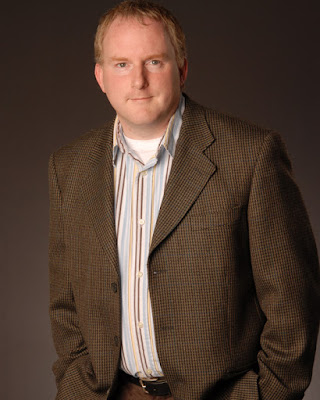 Every good community needs a leader. Someone to look up to, to be an inspiration.  A leader must be all things to all people. An enigmatic fighter for truth and justice. History is full of the names of great men and women who have changed the path of history because of their actions towards the betterment of mankind. Abraham Lincoln, Winston Churchill, Bruce Wayne to name but three. Some names come loaded with awe inspiring acts of civil heroism.

Then there is Fitzy Fitzgerald of Dog River.


Inept, lackadaisical, average. These are all words often related to this website. Which I guess makes us the Fitzy of the internet.

The same words could not be used for Cavan Cunningham who brings Fitzy to life and makes us roar with laughter in so many episodes of Corner Gas.

Click on Cavan's resume on his website and you are greeted with a thoroughly impressive, stupendously huge body of work. The list of his performances on stage and screen is extensive. The exact polar opposite of the details available about his life in general.

Days, weeks and months of extensive research has enabled me to dig up all the details of Mr. Cunningham's life available on the internet. For your convenience I have collated all the information into this, the most up to date, cohesive biography available on this fantastically talented young man. 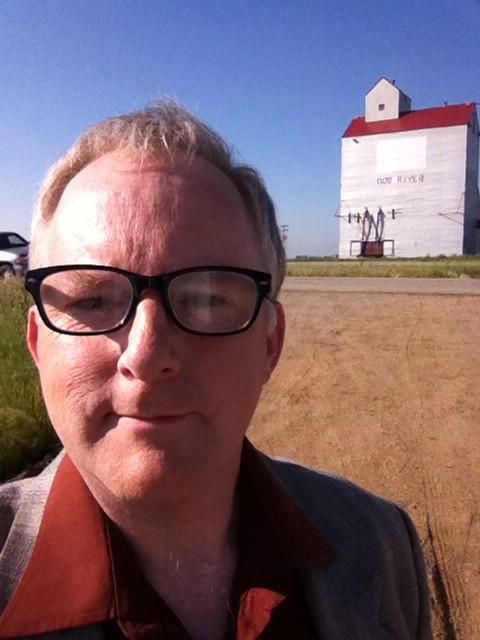 Cavan was born in San Francisco. I think he has a private pilots licence. I'm pretty sure he can ski and ride a horse, probably not at the same time. From this I can also assume at some point he may have owned a plane, a horse and a ski..maybe two to make a set.

Come back next week for another mind bendingly detailed biography!

In the mean time why not enjoy this run down of some of Cavan's best work and use of vague text to suggest a biography but can neither be confirmed or denied as the absolute truth and therefore can avoid some sort of legal situation...I hope!


Cavan, when he was younger, went to a school in the vicinity of his parents home. He progressed through the school system a year at time until he was too old to go to that school and went to another one for older children. At some point between this young age and an older one he found that he enjoyed and/or was good at acting so decided to do some of that for fun and then, after a period of training at actor training school, for real money.

He started his acting career on stage (probably). One of his earliest stage highlights was the starring role of Artie Shaunessy in the comedy drama The House of Blue Leaves. The play revolves around Artie, a songwriter desperate to make it to Hollywood with his girlfriend Bunny. he story takes place in 1965 in Queens, New York, the day the Pope visits New York City. Artie also has a wife called Bananas (I didn't make that bit up..yep..Bananas.It's art, go with it.) who is insane and a son who has gone AWOL from the army and has decided to blow up the Pope.


The play was performed for the first time in 1966 and was revived Off-Broadway in 1971 with a cast that included William Atherton who was in Ghostbusters and thus is extremely cool. It's latest revival was in 2011 and starred Ben Stiller who has did those Museum movies the kids like.

Cavan was extremely good in this play and was then hired to be in other ones. Spanning all genres he has appeared in many productions including Much Ado About Nothing and Neil Simon's classic The Odd Couple.


Usually, I find with others actors I have written about the path from stage is to television. I reckon it would be fair to say that, at some point in his career in the Theatre, Cavan made the jump from stage to television. Hopefully he didn't fall and hurt himself as landing comfortably on top of a television set when leaping from a stage is perilous to say the least, don't do this at home folks.

His earliest television work included a part in popular Canadian comedy drama series The Beachcombers. Cavan's resume lists his part as "Actor" so it was obviously a part he was born to play, art and life melding into one. The series is one of Canada's longest running dramas, being broadcast from 1972 to 1990. It told of a two Greek-Canadian friends who ran a log salvaging business. Travelling the coast of Vancouver in the tug boat retrieving logs that had broken away from barges, they would deal with family issues and troubles with an unscrupulous competitor trying to steal their business along the way.

You can run for 18 years on stories about chasing bits wood down a river? Who knew!

There comes a time in a Canadian actors career when he or she will be called up for National Service which in Canada means making at least one appearance in The X-Files and Millennium which were very popular series in the 90's all over the world until everyone decided it was all just very silly and moved on to watch Lost instead which was much more realistic.

Cavan was no exception and was consigned to the episode of The X-Files D.P.O. in which he played a Paramedic. The episode revolves around Mulder and Scully's investigations into several young people that have been struck by lightning in the same small town.

I haven't seen the episode but I'd imagine it turns out to be some nylon carpet, static electricity related nastiness.


Cavan played a Gaffer in a movie production based episode of Millennium.  In the Episode "...Thirteen Years Later" a serial killer obsessed with old horror movies stalks the production of a new motion picture based on one of the series' protagonists old cases.

Naturally, being successful on the small screen leads naturally to work on the big screen. Cavan did this with the smooth transition that you would expect of someone at the top of his game. I have nothing cheeky to say here, it's all started to sound like a proper biography now hasn't it!

Very often we find that members of the Corner Gas cast cross paths on many other projects. Cavan can be seen in many such movies and t.v. shows. He played a record producer in Just Friends which starred Ryan Reynolds and Fred Ewanuick. He was Superintendent Rafferty in Vampire Dog with Amy Matisio and Darla Biccum. He also pops up in A.R.C.H.I.E. which also starred Fred and featured the voice of Michael J. Fox who is most famous for his guest spot in Corner Gas Animated Season 2.


The story is a fairly typical one of a young girl who discovers a stray robot dog and befriends him. You know I must add at this juncture I just have to say that the movie industry really needs to ease off on all these stray robot dog stories they keep pumping out!

A.R.C.H.I.E. the doggy helps young Isabelle in her awkward life and they become the best of chums until the evil Hugh Jablonski, played by Fred against type, arrives to claim that the little robot pup belongs to him. The film was successful enough that A.R.C.H.I.E. 2 was released in 2018 again featuring Michael J. Fox but with a new cast.


Cavan's resume is a long and distinguished one. Juggling work between t.v. , film and stage. If Mr. Cunningham happens to read this post, I apologise for it's flippant nature, it is meant only to raise a smile. The truth of the matter is we are dealing here with a hugely talented individual here who has won all our hearts as our favourite sketchy Mayor of Dog River.

I will try to find more information that can fill the gaps in Cavan's history and update this page when I am successful. Until then here is a picture of Dean Martin and John Wayne on horses with a caption on it to make it relevant.