For The Love of Hank

I may have said this before, I honestly can't remember, I am getting old and my memory isn't all that it used to be. Which is a silly thing to say, how can you measure how bad your memory has become if you can't remember how good your memory was in the first place? People say and do a lot of stupid things - especially me (please see the previous two years worth of posts for proof of this). Here is my favourite example of such. Here in Britland some people have a habit, when relating a previous conversation that they had within a conversation the a currently having, by saying

So if we take this series of events as literal these two people are now having a discussion standing back to back!? How very silly, nay, stupid. Imagine the confusion this could cause. In a busy pub the two conversationalists are now probably facing completely different people, mid convo. Those they are now facing probably will get very confused as to why this stranger has suddenly started talking to them by saying "...if you think I am paying that sort of money of a bag of Pork Scratchings you can jog on mate." 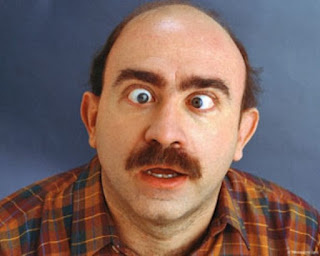 There is another good example of human stupidity. Pork Scratchings. Just in case you don't have this popular bar snack in your particular country they are a small heavily roasted pig parts that are not required in normal food processes that involve Bacon or Ham. No one actually knows which part of the pig goes into a packet of Pork Scratchings other than it is a hairy part. Why hairy? Because more often than not you will find a crunchy lump in your snack that has a big, long hair sticking out of it. Also the name Pork Scratchings also suggests that what ever part that you are about to put into your mouth, when it was still attached to a pig, was itchy. 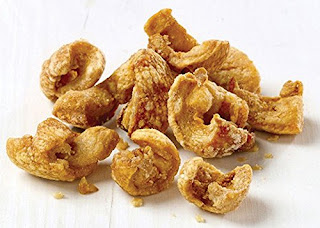 Why does this give a classic example of human stupidity? Because hundreds, nay thousands of Brits eat these things every night despite all this ifs, ands, buts and maybes! Admittedly they are all drunk at the time.

Now I have suitably put you off your dinner I am going to come to the point of this weeks post. Yes, there are a lot of stupid folk out there and we all do stupid things every day of our lives. However, maybe it is unfair that some people are branded as dunder heads when they quite obviously have a lot of other fantastic qualities to impart to their neighbours and friends.

I am going to hand you over to a guest writer. Sharon Gilbert-Bernard who is going to come to the defense of a particular individual well known for coming from the shallow end of the gene pool, one Mr Hank Yarbo. 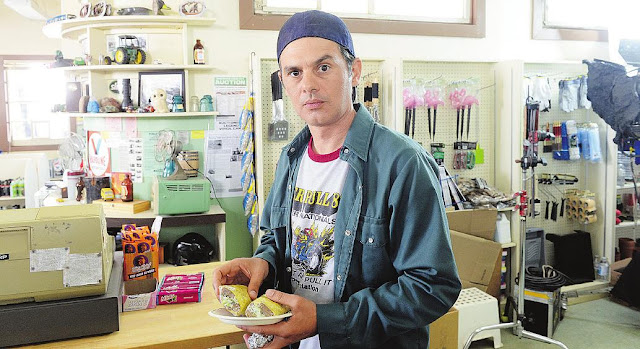 Hank Yarbo of Corner Gas is often described as the Dog River “village idiot” and a case could be made that he isn’t the brightest bulb in the bunch! For example, when he goes into the gumball business with Oscar and Oscar makes a sign “Corner Gum” and he explains to Hank how he spelt out gum in actual gum, Hank asks, “How did you get it to stick?” Karen and Davis also easily stump Hank with their riddles and he spends a lot of time trying to figure out where to bury the survivors and which side a rooster would lay an egg on a slanted roof!  And then there is the time Hank says that Toronto is the capitol of Canada, when we all know Ottawa is the capitol (just ask a 9 year old!) 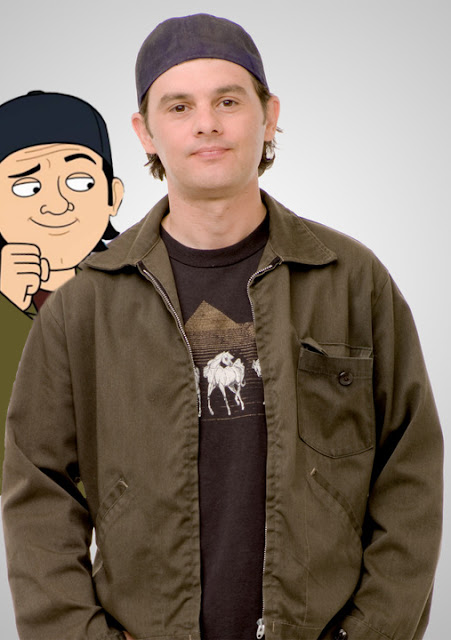 But to categorize Hank simply as the village idiot ignores the multi-layers of Hank Yarbo.  He may be an idiot at times but he is also very kind and very intelligent when it comes to fixing things.

First let’s look at Hank’s sweet side, the reason we all adore him and probably the reason that Brent and Wanda tolerate him hanging out at Corner Gas all the time; of course, Wanda is much less tolerant of Hank.  In Season 2, episode 13, Hank kindly carries the groceries out for Emma and when the lottery ticket Emma gives him as a thank you ends up winning him “an almost 500 bill”, he buys gifts for his friends in Dog River!  He also buys Emma flowers for Mother’s Day, which seems even more of a sweet gesture when Emma’s own son gets her nothing!!

Hank also generously suggests and gathers toys with Davis and Karen for a needy family at Christmas; its not Hank’s fault that the family is actually cheap, not needy!  For me the sweetest Hank moment is when Hank gets Peter Moore, the comic book writer, to sign his comic book to Brent instead of himself.  This gesture is made even more thoughtful considering Brent has been ridiculing Hank for scaring Peter Moore away when, in reality, it was Brent who was acting goofy!
Now let’s explore Hank’s intelligence.  While he may not know the capital of Canada, he does know how much herbicide to use on a field of barley. He also helps Emma with her garden and he knows in what sunlight to plant matthiolas. Hank also knows how to fix electronics, vehicles etc. and is often asked to fix or install things.  Davis and Karen ask Hank to unlock the trunk on the police cruiser and Emma pays him to install their fancy new thermostat!  Hank also helps Oscar build a cabinet and we all know Oscar couldn’t do it on his own, just think back to his coffin/bookshelf that collapsed!! 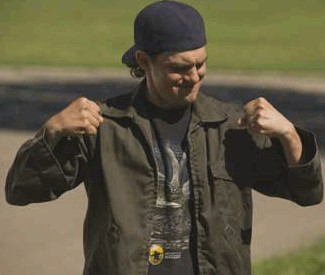 Hank is also smart when it comes to plural forms, when Oscar says Octopuses, Hank tells him the plural is actually octopi. And in another episodes he states the plural of werewolf is werewolves!
So next time you think Hank is just an idiot, think again and see that Hank is smart in many ways, between him and Lacey they “know all stuff”! Hank is also a generous guy and a good friend! 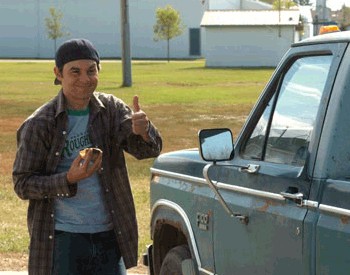 Thank you Sharon, a compelling argument. We really shouldn't write Hank, or anybody else, off because they are synaptically challenged. Every town has a Hank. Ok, every Hank makes a lot of mistakes but they also do a lot of good and the community would not be the same without them. I would bet a lot of money any Hank, especially the Dog River one, wouldn't be stupid enough to eat Pork Scratchings.

Massive thanks to Sharon for writing the good bit of this weeks post. She, and her whole family, are probably some of the biggest Corner Gas fans on the planet and hugely supportive of all my nonsense here on the site. I wouldn't do this if it wasn't for folks like them - they rock! So do you :)
Posted by Ian Richards