It's the most wonderful time of the year. A time of tradition. Traditions like hiding the Sherry from Grandma. It is also a time to turn off the television (unless you are watching Corner Gas on Amazon Prime and Crave in Canada #shamelessplug) and play festive games with the family. I don't mean games such as "Santa's Festive Massacre" on the X-Station or Playbox 360. Proper games like the ones Grandma used to play - before the Sherry kicked in.

Now this in itself can come with more than a few problems. In our house the problem is how to play Scrabble. There are no end of arguments as to what words you can use. Are you allowed swear words because in the rules it says no naming words and some fruity language can be both a verb and a noun - very confusing. Fights can also breakout over which game to play and with this in mind I have come to your rescue. Who could argue about whether to play Corner Gas themed puzzles and the likes!

So here they are for your whole family to enjoy. A new tradition -

I love a puzzle. This should keep you occupied for a little while. Click the link below the picture. When you have finished it you can try again and try and beat your time. 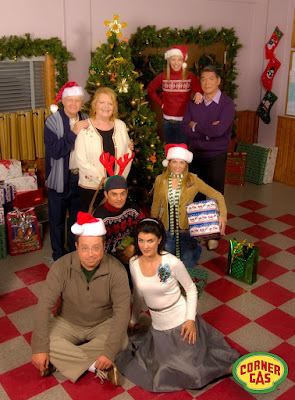 
THE RUBY'S CHILI DOGS ARE AMAZING!

Fitzy has just had the worlds largest Christmas Tree planted in Dog River to help grab some of those Crimbo tourist bucks. It's gone up the same day that Lacey has introduced her special Turkey and Cranberry Chili Cheese Dog to the menu at The Ruby. The tree is blocking Brent and the gangs route to the processed meat bi-product goodness! Help them find the quickest way to the Ruby! 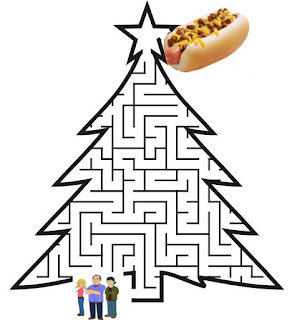 JACKASS IS A CROSS WORD

It does what it says on the tin. If you can print this picture out and fill it in or you could write on your screen and tippex it out later.

If you would like an interactive version of this crossword head to http://www.classtools.net/crossword/201812-EiCYiJ 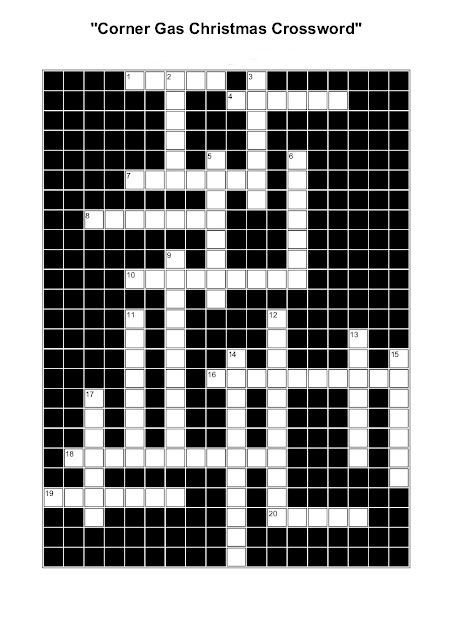 Nope I am not giving you the answers. Not until Christmas Day! Anyone who sends me a picture of the crossword completed correctly before then will get a special certificate from me. Send your completed puzzle to ianblogpaper@gmail.com

Santa has arrived a bit late to Dog River and has to deliver as many parcels as he can. Help Santa drop parcels down the chimneys to Brent and his pals, but look out for obstacles along the way!! (O.k. the actual game has nothing to do with Corner Gas - but it's Christmas - a time for imagination. Go with it people!)

There we go that will keep you out of mischief for awhile. All is left to say is thank you for all your support over the last year. Plenty more Corner Gas fun to come in 2019. I hope you and your family have a fantastic Christmas and a very jolly new year!