It is well recorded that it is hard to break into the world of world record breaking breaking records. In as much as I tried I could not get the people at Guinness to identify me as having smashed the most vinyl LP's between the period of 1981 and 2015. When I called them, they were so full of doubt and skepticism. Rude! Apparently, seventeen broken long players in such an extended period of time didn't show off the psychical aptitude or skill required to obtain recognition! Then they had the audacity to request proof of my record breaking broken records attempt, of which I had none. If I had known they were not just going to take my word for it I would have stopped my mum from tiding my bedroom up.

I told the chap he was welcome to come and inspect the remains of my record collection. He did pop over, I showed him my hi-fi cabinet* and asked if he could find a copy of Kylie Minogue's seminal debut album "Kylie" containing such dance floor classics as I Should be so Lucky and a since unmatched re-imagining of The Locomotion. He could not. "Ah ha! That's because I smashed it!" I told him. Proof positive. Game, set and match to me! I pointed out sixteen other albums that were not on the shelf and despite my unarguable logic he still would not reward me my World Record certificate. He also told me I was full of something and told him I wasn't. No doubt he wanted proof so I welcomed him to count the number of sheets of Andrex on the roll as he would find some of those missing too.

Else where in the world other people were not having such a difficult time making history and getting their efforts recorded in the annuls of history.

Corner Gas Animated kicked off with it's season premiere on The Comedy Network April 2nd. The first episode "Bone Dry" has been confirmed as Comedy's highest rated debut in their history. The announcement was made officially on April 9th, as of that date 360,300 had tuned in to watch the return of their Dog River favourites. This figure smashes the previous champion Anger Management had as being the channels number one debut, which dates all the way back to 2012.

The show was also number one entertainment specialty programme across all key demographics for April 2nd. CTV Vice President for Specialty Programming, which is t.v. executive talk for "High Falutin' ", Pat Divittoro said "CORNER GAS ANIMATED has reinforced the franchise’s history of making history. We couldn’t be happier to welcome them back and have this record-breaking series lead Comedy’s line-up.”

A few days prior to the shows premiere the cast were out and about in Toronto drumming up a whole heap of promotion. You couldn't move for appearances from Brent, Gabrielle, Nancy, Lorne, Fred, Tara, Corrine and Eric. Social media was the best place to keep up with proceedings.


They scrub up pretty good don't they! You may notice that Brent is missing in this picture, maybe that's because he was up to shenanigans elsewhere!


Fred Ewanuick is also missing from the above line up. His reason maybe one of a more sinister nature. It seems Fred is actually a Russian Spy out for revenge! Well, it's either that or he is a fantastically talented actor.

Fred has been involved in the production of Climax, SK a proposed webs series that has been lookng for funding at the Storyhive website. The brain child of multi talented film maker Evan Godfrey. Evan has had many roles in the movie industry over the last fifteen years, working on such blockbusters as Deadpool and Interstellar. It was whilst he was working on the two most recent Mission Impossible movies that he came up with the idea for the story of an aging international spy, on the run from assassins, who takes up residency in the small, titular, Saskatchewan town and has trouble adapting from his luxurious espionage based lifestyle.

A teaser trailer for the project was released last year and Fred approached Evan to see if he could help with the project. Evan jumped at the chance and wrote a new role especially for Fred which he knew would have to be the exact opposite to Hank to help distance the connection to Corner Gas.

A funding campaign raised enough money to have a pilot episode made. Further funding was then sought to film the rest of the series but, unfortunately the project didn't quite manage to pull in the required interest. Here is the pilot episode, which is fantastic, so you can see what we are missing out on.


Climax, SK is now looking for other avenues to receive the money required to get production underway. You can follow proceedings at their Facebook page to see how they are getting on. 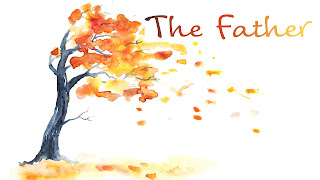 Eric Peterson joined the second press day in Toronto. He too has a busy schedule lined up. Later in the year he can be seen on stage at Theatre Aquarius, Hamilton, Ontario. Eric will be appearing in a production of The Father by Florian Zeller. It is a tragic comedy telling the story of an 80 year old and his relationship with the world as he copes with suffering from dementia. The play has been performed all over the world to fantastic reviews. If you would like to see Eric in the show runs from October 24th - November 10th and tickets can be purchased here. 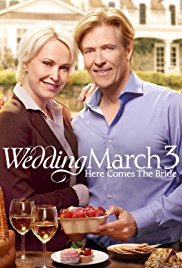 Gabrielle Miller has been appearing on our screens a lot in the last month. As well as returning as Lacey in Corner Gas Animated, she starred in Hallmark movie Wedding March 3: Here Comes the Bride. The series of popular films follows college sweethearts Olivia and Mick who are reunited when Mick plays in the band at Olivia's wedding. They may have romance in their future as they go into business together running a wedding resort. In the third movie in this series Gabrielle plays Bonnie, Mick's sister who causes chaos when she decides she will marry her fiance at the resort that weekend. Will all go to plan and will Mick and Olivia get the break they were hoping for over the Valentines Day weekend? Check the Hallmark Channel website for airing dates. 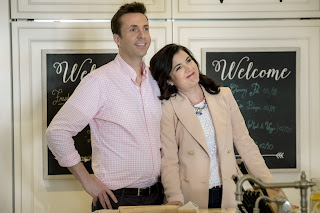 Corrine Koslo has been gaining huge amounts of praise for her vocal work on CGA as Emma Leroy. Corrine was also seen in a recent episode of another fan favourite Shitt's Creek. If you haven't seen the show already it follows the trails and tribulations of the Rose family who were once well to do but have now fallen on hard times. The series is now into it's fourth season that can be seen on The Comedy Network and Netflix. Corrine plays Ricki in fourth season episode Baby Sprinkle which also happens to be directed by Bruce McCulloch of Kids in the Hall fame. 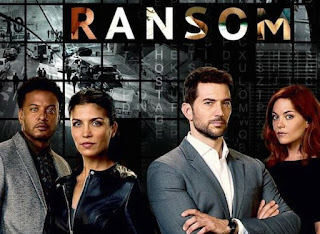 Tara Spencer-Nairn popped up in an episode of Ransom a few weeks ago as Agent Jessica Hall. The series, now in it's second season follows a pair of top negotiators as they travel around the world helping governmental agencies and global corporations with complex conflict resolutions. In this episode the tables are turned on the crack team as Eric and Zara, the protagonists of the show, find themselves held hostage and have to use their own skills to negotiate their way out of the sticky situation. The show has had a rocky history and narrowly escaped cancellation after it's first season. It currently airs on CBS and let's hope it continues to do so so that we might see more of Tara as Agent Hall soon.

Finally Brent Butt is an extremely busy man, as I reported previously he has been working on scripts for Season 2 of CGA, just in case it got picked up. Well, we are only two episodes in and the new show is looking to be a roaring success. No official word and please don't hold me to this but I would say Season 2 is a given thing. So, before he get's knee deep in drawings and writing more great gags for us to enjoy why not check the man out at his other job. Brent has two more dates left on his current stand up schedule both at the same venue and he is performing twice both nights. Get tickets soon before they sell out from the link below.

Finally here is a little video the gang recorded especially for you lot, the fans, shown on social media. It is very sweet and a lovely way to end a post. What they are saying also goes for me in as much as I appreciate everyone popping by the site and reading....and it saves me a bunch of time and effort making my own video.

THANK YOU! We appreciate every single one of you! We just want to say thanks again for being such awesome fans! You rock.
A post shared by Corner Gas Official (@cornergasofficial) on Apr 4, 2018 at 5:23pm PDT


I have counted the number of spaces between the words on this post and I believe I have the new world record for "Most amount of places that should probably have some punctuation in them on a web-site dedicated to Corner Gas." If they don't let me have that one there is something seriously wrong in this world. I blame bribery and corruption. Hey...that gives me an idea!