There are simpler ways to check wind speed. At airports they put out a sock, a tradition started by The Wright Brothers. One day Orville Wright put his washing out on the line to dry. A sudden, unexpected storm arose and Orville watched, in panic, as all his underwear took off across his neighbours back yards and into the sky. He dashed into his garage and quickly bashed together a rudimentary flying machine, with the help of his brother B.A. Baracus Wright and took off into the air to retrieve his long johns. That is why airports fly a single sock in honour of that fateful day when Duty Free Alcohol and Cigarettes were invented...and to check the wind.

Another way to check wind speed is to send out your Grandparents into the weather. If you see this sight, as I did on my way to work the other day, it's too windy.

As I am writing, a second storm is battering our green and pleasant land, so I better get on with the news before all the electricity goes off!

SASKATOON SHIVS FOR THE WIN

In recent months I have kept you abreast of the doings of Hockey legend Kirk Lemur. I know he doesn't have anything to do with Corner Gas but I owe him $50. This week there was a whole lot of activity from Camp Kirk. He released a brand new instructional video on da You Tube to help you improve your goalie skills -

Kirk also announced that one of his videos has been selected for the short shorts film program at the Just For Laughs North West Festival. Congratulations to Kirk and his buddy Matty, not quite sure how the art of goal tending is considered funny but the festival must have their reasons. Don't forget to head to Kirk's You Tube Channel here and subscribe using the subscribe button. Also follow him on Instagram (@KirkLemur ) so you don't miss any of his new videos and life changing insights. You can also visit his website here 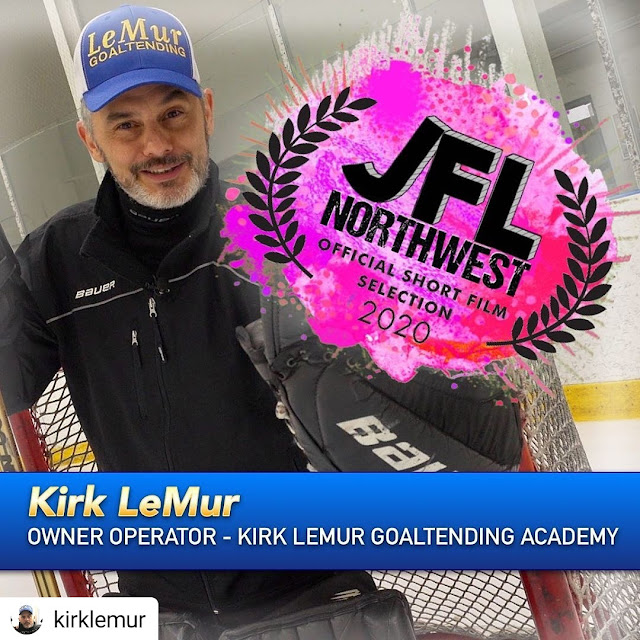 Whilst we are on the subject of JFL Northwest, the program also featured one Mr. Brent Butt. He was in town to have a good old fashioned chinwag with comedian Todd Barry for The Todd Barry Podcast. In this show, Todd speaks to friends and people he doesn't know about comedy, travel, food and anything that comes up in the heat of the moment. The show is bought to you by Starburns Audio, which in turn is bought to you by the production company behind the genius Rick and Morty. This all suggests a high quality giggle fest. Brent's episode is not available at time of writing but check out the show's web page here and sign up for updates or follow me on social media and I will alert you when it comes out - I'm helpful like that.


TARA IN THE FUTURE

A ways ago I bought to your attention a little movie on it's way called James Vs His Future Self starring Daniel Stern and our very own Tara Spencer-Nairn. Well, I have a little update for you. The movie has been doing the festival rounds, having it's premiere at the Toronto After Dark Film Festival. Much like Fred Ewaniuck's recent release 37-Teen, James Vs His Future Self deals with time travel. 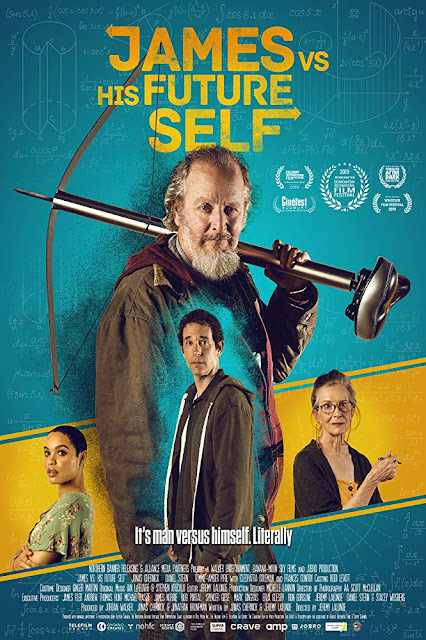 Here is a cut and paste synopsis , my new tradition in movie info bringing - cos I'm lazy.

When an uptight time-travelling obsessed young scientist is visited by his nihilistic future self, he's told that he needs to give up his dream of becoming the world's first time traveler, or else. But when he won't go along with the plan, it becomes a wicked battle of man versus himself - literally.

The movie has been described as a quirky romantic comedy with a sci-fi twist. One reviewer mentions that Daniel Stern, as the future version of titular James, comes off as a Rick Sanchez, mad professor type. Rick and Morty have a lot to answer for this month don't they? Scoring highly on the comedic fronts, the reviews haven't been quite so kind on the more dramatic elements. However, I always say that it is important to take reviews with a pinch of salt and best to watch and make your own mind up, especially if I wrote the review. There is no official release date for the movie just yet, so here is the trailer to keep you going  and I will bring you release information as soon as I have it.

Lorne put out a picture last week of himself with the cast of the new series FBI: Most Wanted which is currently flying high in the U.S. television ratings. Featuring the shows star Julian McMahon the picture gets my vote for the happiest, smiliest photo of all time and could well be used as a wicked advert for teeth whitener. Warning: Please wear sunglasses before viewing the pearly whites on display.

Check your local listing to watch FBI: Most Wanted or in the U.S. episodes can be seen here

Craig Northey celebrated his birthday this month by heading into the studio with fellow Odds members Doug Elliot and Pat Steward to work on the third album from his other, other band Strippers Union. Featuring Tragically Hip singer and guitarist Rob Baker this new recording follows their previous albums Local 518 and The Deuce. I am sure that this effort will be as rockin' as the previous two judging by Pat's genius solo below #grammynomimmanent


I'll be covering Strippers Union's output later in the year and will update you on the new album release soon.

Well the wind is getting a bit feisty now, rain is lashing down in stair rods. Apparently, this is the worst storm we have had in many a long year. So what have they called such a devastating, force of nature? Storm Hercules? Hurricaine Thor? Nope. This mammoth destructive weather front, causing devastation all over the country is called... Dave. Not very scary. Sounds like your favourite Uncle or at very worst a neighbour that is always complaining about the state of your bin! They must be running out of sexy storm names.

Ah, damn! The lights are flickering, the power is about to