Of course we had the Oscars a couple of weeks back. The movie Parasite cleaned up there. If you haven’t seen the movie I highly recommend it. It tells the story of a young Tapeworm growing up in the harsh reality of living in the mean streets of the lower intestines and his jealousy that grows for another young, but beautiful, tapeworm living in the pampered world of the upper intestine. At least I think that’s what it's about, I haven’t seen it either.

Today saw the nominations for The Canadian Screen Awards announced and the boys and girls at team Corner Gas have come up trumps for a second year running! This year they have surpassed themselves with six nominations across four different categories! 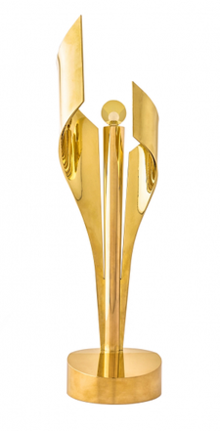 AND THE NOMINATIONS ARE…..

A fantastic achievement for all involved in the show. I am not a gambling man but if I was my money is on Dog River for the win. Corner Gas got beaten by Pup Patrol for best animated series last year however that is an international phenominominom, so I can understand why they got the win.

I am sure all those nominated are well deserving but I think we got this! Our toughest competitor comes in the writing category with the Trailer Park Boys Animated series, the writing was solid and, with the help of CG Animated alumnus Norm Hiscock, personally I felt the writing for the show was a level up from their usual fare.

I would also like to share the love to those nominated in the Best Comedy Series category. All are well deserving, particularly Jann and the lovely folks at Kim's Convenience. Good luck to one and all!!

I'll bring you news of all the winners as soon as they are announced.