Canadian Duty Free is awesome. Why? Because you can buy massive frozen Salmon. That's why. Of all the things to offer tourists exiting your country! Perhaps it's a common scenario -

"Hey Marge, I got a keyring with a Moose on it for Steve, A Moose shaped Peanut Allergy Tester for Cynthia and the Moose Hair Wig for Trevor. But darn it, if I didn't forget to purchase a 50 pound, vacuum sealed, frozen Salmon for Grandma. Where in the dickens will I find one of those here in departures?"

With a Little Help From Friends - Dog River Howlers


For sometime now I have been trying to think of ways to use this site to promote charitable foundations. It is actually harder than you would think. There are so many worthy causes that need our support. Then there is trying to come up with a way to raise peoples awareness of your chosen charity and finding a novel way to raise a few bucks to help out. I am never short of ideas, good or bad, so I have the last point well and truly covered and will share those plans with you all at a later date. However, choosing a cause still had me stumped until recently. In all my days I would have never have thought to look in the direction of the popular sport of Rugby.

Just in case you are like me and are genetically predisposed to be more use sitting behind a desk typing than being on a sport based pitch, court or field here is a brief summary of how to play the game of Rugby -

Two opposing teams of large men or women huddle together in the middle of some mud. This is called a Scrum. They discuss their life choices and last nights television for a moment until someone blows a whistle which is the signal to start kicking each other in the shins. Eventually, someone in the scrum discovers there is a ball in amongst the mud and runs away with it. Everyone then chases that person and indiscriminately chooses members of the opposite team to mush into some sort of patty.

The player with the ball, or the "target" as he is known, has to move the ball as far forward as possible without being squished into molecules. He may be required to pass the ball to a team mate. He does this by throwing the ball backwards to where he has just come from. If you throw the ball forwards to where it actually needs to be you have to spend ten minutes of the game on the naughty step. If the ball manages to reach the correct end of the pitch this is called a "Try" which is short for "Try not to bleed on the grass thank you". The winner is the team with the most players with noses that do not look like a relief map of the Rockies.

Maybe I shouldn't make fun of Rugby. My family, being Welsh in origin, are duty bound to follow the sport. My father and Uncle were both avid Rugby players in their youth. I was told many stories over the years of their antics on and off the pitch that often ended "...and then he relocated the bones himself". So many tales of seeming brutality that made me wonder if my two relatives had taken one too many blows to the noggin whilst playing. Which would explain quite a lot actually.

Obviously, I jest about the psychical aspect of the game, there is much more to it than just pulverising the person in front of you. I always asked my Dad if the on pitch intensity made for bad feelings between teams off of it as is often reported after a soccer match for example. Nothing like it, opposing sides were always very amiable and would enjoy each others company in the pub after a match. There was a sense of community and camaraderie which doesn't often pervade rivalries in other sports. There is no finer example of this than with The Dog River Howlers Rugby Club.

A few months ago I was lucky enough to spend the day with Lorne Cardinal and his wonderful wife Monique Herteau. Lorne gifted me a rather natty rugby shirt from The Dog River Howlers. He explained to me that it was a team set up, in the name of the fictional home town of our beloved Corner Gas friends, to support charities around the world. The team is made of of players, of which Lorne is the honorary Captain, from all over Canada and some from other parts of the world. They travel to different countries to play rugby and give something back to worthy causes in that country and their communities. 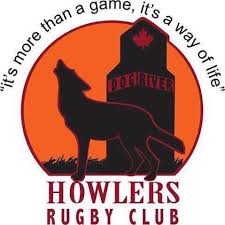 The team was founded in 2007 by Karl Fix and since has managed to raise over $1,000,000 to support Rugby and non Rugby related causes. Some of these include Canadian First Nations Education, Cuban Rugby and Orphanages, Prostate Cancer Support, Shelters for Abused Women and Children and many many more.


The Howlers mantra is "Rugby is more than a game, but a way of life". They carry the ethics and ideals of the game over to their ultimate aim, to help those in need and have a lot of fun a long the way. The efforts of Karl and his fellow Howlers are to be commended. The teams excellent website lists all the causes and individuals that have benefited from their work, and it is a long list. A remarkable feat by anyone's standards.

When the Howlers travel to parts far and wide the players fund everything themselves from planes tickets and accommodation to meals. The fact that every spare penny is given to charity there is even more meaning to all the effort these good people put in.


Everything that the Howlers stand for can be seen in the symbolism of their badge. The colours are red to represent the Canadian flag, Orange the colour of the prairie moon and black the prairie midnight sky. The moon is a symbol of life and the beauty of the prairies. The Coyote is a pack animal that hunts alone much like being a member of a rugby team. The grain elevator stands for the co-operative spirit shown by pioneers that helped them to survive in a hostile environment, it is the same spirit that is carried onto the rugby pitch. 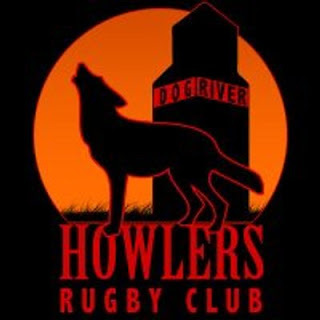 I feel that the Howlers are the perfect example of a charity that deserves support, especially from a community of Corner Gas fans such as ours. If you would like to learn more about the group and their activities or even show some support please visit their website here. I will report on any fixtures that the teams have coming up. I also intend to show support of my own in the near future details of which will be available in an up coming post.

So go get your boots on! Let's go help a good cause and squish someone into protons whilst doing it! 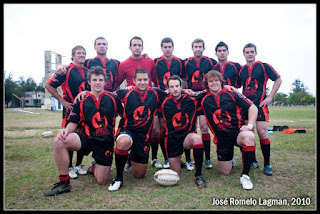 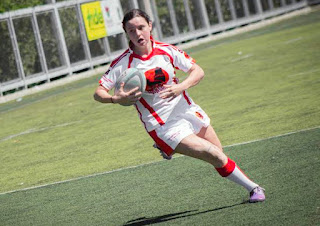 A fresh new year is upon us. A chance for a metaphorical new wardrobe. Time to throw away last seasons jacket of lethargy and head scarf of boredom and stride forward in the pantaloons of excitement tucked in the top of the walking boots of enthusiasm.