We are all aware of the current blot on the entertainment landscape commonly known as a reboot. There is such a lack of inspiration in Hollywood and the likes that it feels like all we get fed, for better or worse, is remakes and re-imaginings of all the old classics that we loved when we were younger.

The worst offender, in this relatively new phenomenon, is George Lucas. He once made a film called Star Wars IV: A New Hope this was the first in a series of films that followed the episodic adventures of Luke Skywalker who battles evil with the help of a band of rogue teddy bears. Over the years this first fourth movie in the series has been released roughly seven gajillion times. Each time there has been an element tinkered with to make it worth while paying to see the same but different movie again. We have seen the release of -

Here is the latest news of a very silly re-edit of Star Wars for Disney+, the new streaming service from the Mouse House. MacClunky!

I have done some research and "MacClunky" from this video is edited down from an even longer piece of dialogue in which Greedo says "You know what Solo, you piece of MacClunky, I'm going to take this MacClunk and stick it so far up your MacClunker you will be spewing MacClunkies for a month!"*


Now, here at Corner Gas Fan Corner you will never see such blatant behavior. The idea of making a lazy rehash of previous work could never even be contemplated. Disney and the likes obviously do very well out of their constant stream of reissues. I have the figures here, it seems over the last five years these movies and tv shows have netted a figure of around....$10 billion. Whoo, that's a lot of cabbage right there....for doing next to nothing. 10 billion clams. Wow.

Imagine if that figure were extra readers and followers on a blog. For doing nothing...

There have been many books written that have been deemed classics of the literary form. The works of Shakespeare, Catcher in the Rye by....an author and Dirty Jokes and Beer By Drew Carey. These all have value and merit in that they all contain words, some of them large and clever, but they are all unified by one overwhelming oversight that could wash all the awards and praise heaped upon them away with one metaphorical Johnsons Baby Wipe. None of the so called masters of the form had the forethought to include a Corner Gas episode guide within their pages!Perhaps, this is because the task is one of considerable responsibility. How do you capture such a fantastical oeuvre of work within your oeuvre of work? I would take a brave person of incredible skill, pluck and stamina to take on such a Herculean task. Luckily such a person exists. 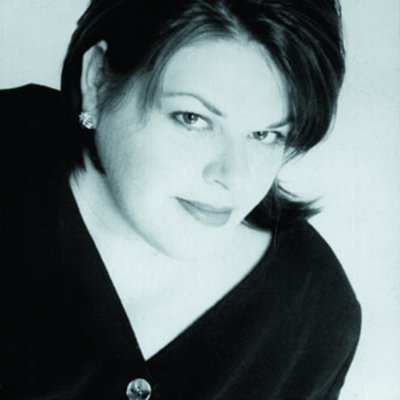 Michele Sponagle has written what are the essential guides to the making of Corner Gas. Michele is an extremely accomplished writer, editor and author. She has contributed to many magazines and worked on projects for publishers and companies covering a wide range of subjects. The wealth of her experience is particularly evident in the Corner Gas guides. Available in two volumes, "Tales From Dog River" (TFDR) covers seasons one to three and "Dog River Confidential" (DRC) continues from season four to season six. As I have mentioned before, I am aware that when I heap praise on Corner Gas related items on my site that it could be construed by the reader as being somewhat redundant. No point in having a fan site and say your muse is a crappy one! However, in my geeky lifetime I have read many episode guides and making of tome's and I have to say the Corner Gas books are by far two of the best I have ever read (another good one is The Mystery Science Theatre 3000 Colossal Episode Guide - but let their fan site tell you about that one) 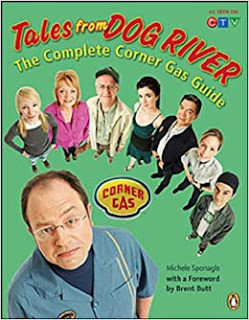 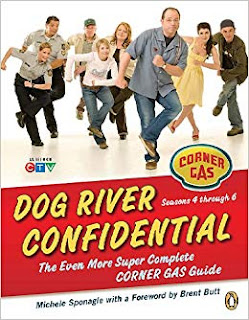 The amount of detail Michele has included is fantastic. Most episode guides are glorified lists. Titles of episodes, with a few scant plot details, air dates and cast and crew members included in their pages. Such books are often no more than expensive photo albums, containing more to look at than read. Not so with TFDR and DRC  which are chock full of behind the scenes details, interviews and photo's covering every aspect of the show. There are even recipes for Chilli Cheese Dog's and The Ruby's Apple Pie!

Each book starts with a foreword by Brent Butt, both of which are very enjoyable, however Michele is careful not to devote the book to the stars of the show. There is plenty of information about the main cast, particularly in TFDR, however every man and his dog (river) are included here which really helps create a rounded picture of the amount of people involved and the effort that goes into the creation of every episode of Corner Gas. There are interviews and thoughts from conceivably every person of interest involved in the making of the show, which is a lovely touch. 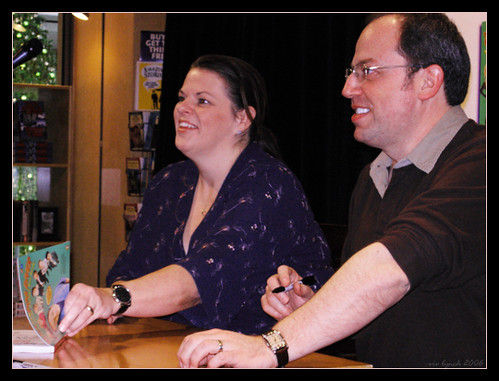 The episode section of each book is contained in the middle of the volume, book-ended by all the meaty details of the behind the scenes action. Each episode listing includes a plot synopsis and episode specific behind the scenes details and also includes quotes, snippets of dialogue and cast and crew anecdotes. We are even given a count of how many times we hear the word Jackass in that broadcast and how many cups of coffee are consumed!

If this is not enough also included in both books are resource guides with website addresses for other places to look for more Corner Gas related information. If we are lucky enough that Michele is tasked with writing a new book to cover Corner Gas Animated perhaps www.cornergasfan.com may be included in this wonderful little section #cheekypoorlyvailedflutterofeyelashes

As I mentioned earlier there are some terrible episode guides out there for various shows. They can be extremely dry and can suck the fun out of your favourite shows. I think it is important to point out that it takes a write of such skill to draw on the source material and have a guide match the tone of the show it reports. TFDR and DRC have the wit, the design and an empathy with the show. Michele has a laid back style, writing in a way that breaks the important fourth wall and immediately connects with her audience. 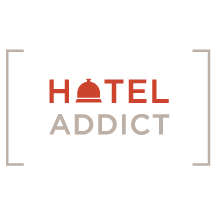 After picking the books up I became a fan of Michele's work and for a bit of further reading I highly recommend you check out her new website www.hotel-addict.com . The new site contains features fascinating articles relating to hotels, travel, food. Reviews, recommendations, rants and raves it's all there for the weary traveler who is looking for a decent place to stay on his or her next gallivant around the globe. There is also plenty for those of us who are armchair travelers who just like a good nose around some of the most beautiful places to visit around the world.

With work from Michele and many other seasoned travel writers the site is a wonderful visit and features some beautiful photography that I guarantee will make you ooh and ahhh out loud, probably in an inappropriate place to ooh and ahh in, like a bus stop or doctors waiting room.

I am going to leave a permanent link to the site on the side bar here so please click on it and visit hotel addict. I will also leave links below to places that you can purchase the Corner Gas Episode Guides. The books have been out of print for some time now but can be found here and there but often come at a premium, but will be worth every penny to the ardent Corner Gas fan looking for a great read.

Please note that the books are out of print and are generally only available through Amazon's new and used sections in the links above.

Also check out Ebay for listings in your country or even try thrift stores and charity shops as you never know your luck and you will be helping a good cause!

Those of you in countries not listed above, I couldn't find a single link for the books in your area. I hope you find a copy somewhere in the world and that the import duty doesn't cause you to have to sell the family car. Let me know how you get on in the comments below!

Now, some of you eagle eyed regular readers may feel a slight sense of Deja Vu in some of the above. If so, I have no idea why and I think you should maybe seek a Doctor for medical assistance.