As a professional health mechanic there are many important elements you have to consider when planning your career. For example, always remember not to stir your coffee with the thermometer before a patients appointment. Never post your patients x-rays on Instagram with #whoops written underneath. Always advise patients that ibuprofen is the correct course of action for all ailments including, but not limited to, flu, muscular pain and decapitation.

It is also important that you select the correct locality to become a general practitioner. Always check the locals are not complete and utter looneys otherwise you'll be spending all your time writing prescriptions for sedatives...and that's just for yourself! This was what happened to a colleague of mine Doctor Chris(tine) Garner. Chris is from the sleepy town of Cambellford and felt she needed a change of pace. She wanted to liven things up so when she heard there was going to be a position available in the big smoke, Dog River, she figured why not check it out. Where better to step things up a notch than in the hustle and bustle of such a modern, suburban metropolis. 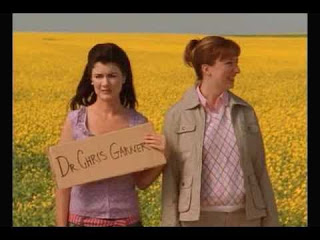 All seemed well when local cafe owner Lacey Burrows was sent to greet Chris from the bus. Chris tells me Lacey was dressed very provocatively, BOTH her wrists were clearly visible, a sartorial no no of the refined ladies of Cambellford. Chris did wonder if Lacey was expecting a male Doctor to arrive and had some wooing in mind.

Lacey also introduced herself as a representative of the C.T.C.A.Y.D.T.L.I.D.R. Now, I am all for an acronym but this sort of carry on can be very dangerous to a persons health. I am in fact a member of The Historical Institute Sub-Division Of Elementary Sequential Notation Of Theoretical Alphabetical Curation That Uses A Large Lexicon Yet Extreme Xerophthalmia Is Seriously Troublesome. We at T.H.I.S.D.O.E.S.N.O.T.E.X.I.S.T regularly protest against the creation of acronyms so long that they cause the reader eye fatigue. I am aware of a patient that went permanently cross eyed trying to get the end of a sentence that included four of them in quick succession. Whilst in Dog River Chris came across all sorts of worrying behavior. On Brent Leroy had developed a scam in which he did not have to pay for any goods or services by trying to pay for them with a $100 bill. As long as what he was paying for wasn't worth breaking change for he was quids in - as the English say. I must admit, being a doctor I am very rich and often have nothing smaller than $100 note on me but getting change is never a problem as I am often only ever buying expensive items such as diamond encrusted shoe horns and Rolex egg timers. 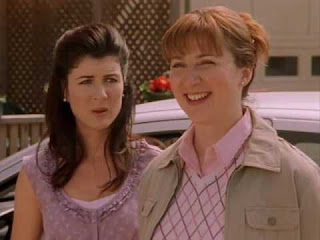 Then there is Hank Yarbo, a man so apparently abhorrent that none of his "friends" want him to stay in their homes whilst his house is having work carried out. From Chris' description of this young man I am wondering if he is some sort of savant and may well come in handy on a trip to Las Vegas. He shows an acute knowledge of flora and forna enough to make Emma Leroy's yard look like a display at the Chelsea Flower Show and can perform woodwork tasks in a blink of an eye. However, he has trouble operating a peanut vending machine and solving simple puzzles set by the local law enforcement officer Karen Pelly. 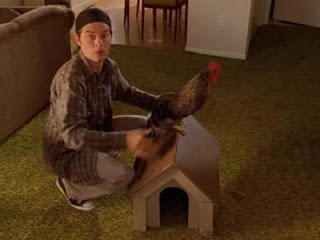 It was all too much for poor Christine. What really put the icing on the pop tart was all the flagrant bedroom hoping that seemed to be going on. Hank was sleeping with Emma and Oscar, only to be thrown out so he ended up bunking with Brent who was seeing George on the side and keeps kissing him much to Wandas distaste! I have never heard of such debauchery, outside of the annual Saskatchewan Medical Convention when things get extremely raunchy and there are never enough surgical gloves to go round. Well I guess it's a whole different life in the big city. So Christine high tailed it out of there. I believe she is trying to find a placement in foreign climbs, in the Caribbean as doctor in a high end resort called Hedonism - can't be much worse than Dog River.

Doc Small was chosen as his favourite episode by Eric Hart via twitter. He says that he finds the writing and the humour pushing the envelope a bit further than other episodes (his lists of favourites is rather long!) He loves the ambiguity in one of the final scenes in which Chris assumes there are all sorts of naughty sexual shenanigans going on in Dog River when actually the guys are only discussing where Hank has been staying and who with.

Eric is also working on a Corner Gas podcast. I'll keep you up to date on the project when I have all the details for you.

Eric being a man of obvious taste and high culture got himself a natty certificate to hang on his wall for choosing his favourite Corner Gas epsiode. If you would like one too contact me at any of the addresses on our contact page and let me know which Dog River adventure gets your funny bone wobbling and why!
Posted by Ian Richards