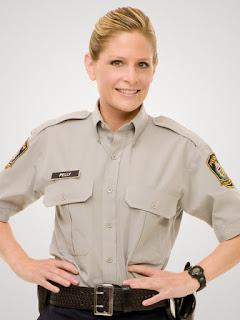 I am not very good at social media. Faceytime, Instabook, Tweetify and all the others. I find them a real chore. I have always got something to say, I am always banging on about any given subject for a length of time that is not justifiable for the subject matter. So, how is it when I open up Twitter, my brain gums up and all I can think to type is jokes about bogies or flatulence.

I don't overly enjoy looking at other peoples posts either, I skim read them in case I happen to come across some prime bit of Corner Gas related info that I will need to share with youse guys in a future post. When I idly swipe up through thousands of entries all I ever see is people informing me what they are watching whilst ironing their socks, others taking bets on what it really is sitting on top of Donald Trump's head (answer: A Tribble) and pictures of a strangers dinner with a caption like "Yummm -Peas!"

All that said there are the odd few people that really have the knack for this social media mullarky. Checking out their feed always bring a smile to my face. One such person is the subject of this profile, I will tell you why later.. 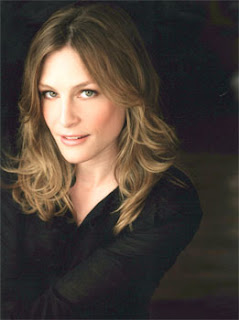 Tara was born January 6th 1978 in Montreal but moved at the age of two and was raised in Vancouver, B.C. She graduated from Shawnigan High School. A drama teacher at school took her under her wing and made her feel that acting was something she would be good at. Tara was also influenced by another pupil at the school, Emily Perkins, who had a roll on television show Mom P.I. Until then her skill was in competitive gymnastics, which she took part in for twelve years, and had never considered acting as a possible path to take. Tara also studied at Vancouver Film School and after completing her studies she was soon being hired for small roles in many Canadian television shows.

One of her earliest roles was in the popular reboot of sci-fi drama series reboot The Outer Limits. Tara appeared in the season three episode "Double Helix" as Heather a student chosen by a geneticist to help in his experiments with DNA sections he believes hold the key to evolution. Their journey leads them to discover a mysterious space ship which may hold the key to human development. The episode also stars a young chap called Ryan Reynolds who I believe is still working in the entertainment industry himself. The episode was followed up in Season Four with an episode entitled The Origin of the Species in which Tara reprised her role as the story continue in outer space.

In 1999 Tara was cast in New Waterford Girl which would become her breakout role. It is a coming of age story of a young girl and her relationship with a new resident who has moved to her area from New York. Her character Lou is originally from the Bronx which meant Tara had to learn the distinctive area accent in two days! The movie was a huge success, was a hit on the American festival circuit and a critics favourite. It's success lead to the film receiving seven Gemini Award nominations.

New Waterford Girl was followed by numerous t.v. roles in series such as Relic Hunter and Tom Stone. Notably she played a masseuse in the comedy that centres on a group of girls trying to avoid the attempts of their new manager to catch them performing acts that they probably shouldn't be doing with the clientele of a respectable massage establishment (being as I have chosen this site to be family friendly I will have to leave certain details out of this plot description and advise you go buy the DVD for further details. It's all a bit fruity!) The movie went on to earn Tara a nomination for best performance at the Canadian Comedy Awards and it also won best Ontario Feature at Cinefest Sudbury.

The same year, 2002, Tara also starred in the fourth and final installment of the popular horror series Wishmaster. The series tells the tale of Djinn, an evil genie who, when released from his prison -a precious jewel, must grant three wishes to the person that releases him to enable his race to take over the Earth. In this entry Tara plays Lisa the unwitting victim of the Djinn and his evil plans. A hit with Wishmaster fans, it was notable as being just as much a romance story as it was a horror as the titular horror icon struggles with his feelings towards Lisa and the ultimate terror he must unleash once a third wish has been granted.

2004 bought the role with which we all know Tara so well for, Karen Pelly, one part of Dog River's crime fighting duo in Corner Gas. The show was her first role in a regular series. Tara enjoyed the opportunity be part of a performing family and develop the roll of Karen over the series run. Initially the character was conceived as the goofier police officer, against the straighter Davis Quinton played by Lorne Cardinal. As the seasons progressed the characters flipped roles and Karen became a unique character quite a distance for the writers original intentions.

During hiatus periods in filming Corner Gas, Tara filled the time with other roles in television series and movies such as Cradle of Lies and Waking Up Wally: The Walter Gretzky Story. When Corner Gas came to an end she continued her work guest starring in various projects and also had a reoccurring role in The Listener. The series follows Toby, a paramedic with telepathic powers who helps police with their investigations with information garnered from the thoughts of victims and criminals he has "listened" to. The show was extremely popular and ran for five seasons. Tara played Sandy Wardwell, a triage nurse at St Luke's Hospital, who is in a relationship with Toby's best friend Oz played by Ennis Esmer. Sandy was also featured in The Listener web-series Double Date...with Death.

Tara continues to light up the screen in many roles which in recent years have included a return to Dog River in Corner Gas: The Movie and, from April 2nd 2018, in Corner Gas: Animated. I also highly recommend her Instagram feed, in an internet world full of bland entries in social media world Tara Spencer-Nairn is refreshingly straight, honest, to the point and loves to fill a post with expletives, which I find hilarious and is far more fun than reading about someones disdain because the wife made Couscous for tea again.