WELCOME BACK TO ILLFRACOMBE MUNICIPAL VILLAGE HALL AND LIDO. WHAT A GREAT HALF TIME SHOW THAT WAS!! IT'S A SHAME THAT IT WAS RAINING SO HARD AND WE HAD TO BRING IT ALL INSIDE. FIREWORKS ARE A LOT LOUDER INDOORS AREN'T THEY! WELL THAT SAVES THEM HAVING TO RAISE MONEY FOR THE NEW SKYLIGHT AT LEAST. THOSE ELEPHANTS DON'T HALF SHIFT WHEN THEY GET A FRIGHT DON'T THEY! WE'LL GET ON WITH THE COUNTDOWN OF YOUR GREATEST CORNER GAS MOMENTS AFTER THESE MESSAGES.

Do you suffer from allergies? Are you allergic to dust? Gluten? Pets? Well sneeze no more because CGFC Industries brings to you "Sniffles" the Hypoallergenic, Gluten Free Cat! Sniffles is factory sealed and only 5% fat. What's more he is 100% guaranteed to be free from peanuts. We have statically decharged Sniffles to automatically repel dust. Look! Even balloons don't stand a chance of sticking to him!

We did a simple test. This is Mrs Ethel Skruds. See how when we rub her face with an ordinary, household cat her head swells up like a Watermelon? Well look what happens when we do the same thing using Sniffles. Nothing! It may not look like it, but no additional swelling occurred during the filming of this sequence.

So buy Sniffles the Hypoallergenic, Gluten Free Cat today whilst it is still legal. ...but Emma is good at (almost) putting her foot in it too! 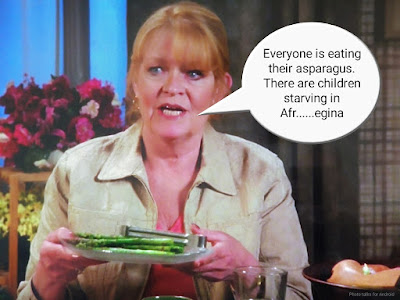 Who is this guy anyway?!? 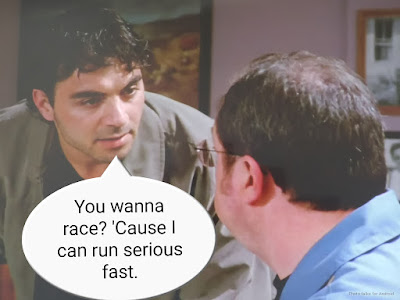 We all know that malingerer who will do anything to keep up the pretense that his bad back prevents him from doing chores, like staining The Rubys deck. Hank has a little lie down in the grass to put a cold compress on his "bad back"! 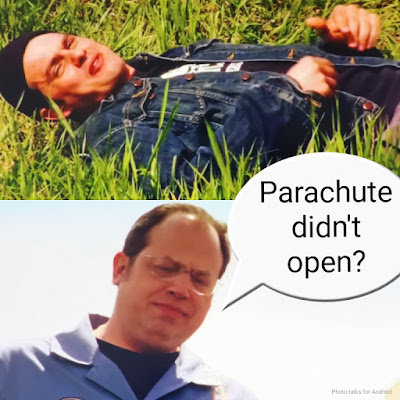 Oscar: Back in the '70's I wrote a tune called Mona the Monkey. Next thing you know, I turn on
the radio and there's Earl the Squirrel

Karen: That's not exactly what we in the Police business call "hard evidence"

Davis: It's not even soft evidence

Lacey: Soup of the Day

Oscar: Your all smart. Maybe Tony the Pooh doesn't know when he's being ripped off, ever think
about that?

Here's an image you can't ever un-see!! Brent in his undies! 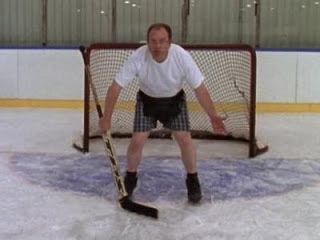 Everyone loves Wanda in the commentary booth -

Brent: I love the way you call games. What is it you call a goal again?

Brent: Someone elbows somebody in the mouth?

Wanda: Bender in the beer hole!

Brent: I make a huge save? 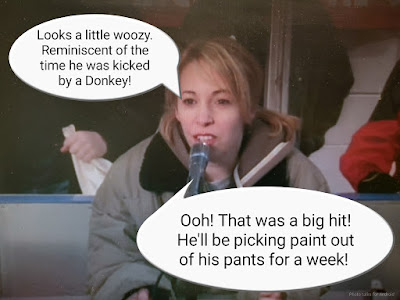 Brent discovers Davis has no sense of smell - that is until Davis falls off a ladder thanks to Oscar!

Oscar: Oh, now the big guy's gonna have a seizure. Wait I smell it too.

(Back to Oscar and Davis)

Davis: Do you know what this means?

Oscar: I caught your epilepsy!

Karen: So Brent graduated in '86...
Oscar: And I got dragged to the graduation! Why the hell do I have to go?! Wow, my son graduated! Big deal! He did what he was supposed to do. Plus, I had to buy him a special hat with a tassel and he never even wore it again!
Karen: Right, I ...

Oscar: And you had to sit there and listen to some guy yammer on and on, and they got you there, and there's nothing you can do, just going on and on... 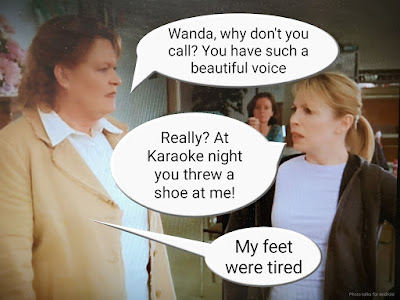 Meanwhile, over at Corner Gas..

Brent: Ah sorry, you're too late - I just hung out with Karen

Hank: But, that's not hanging out - she's a girl! I mean she probably talked about, uh, clouds and skirts and...rainbows

Brent: Actually, we had a very stimulating conversation about authority and morality in the new millennium. Why, was there something special you you wanted to talk abut?

Hank: Oh yeah. Where do you think people who live in igloos go to the bathroom?

Brent: Oh jeez, that's a good one too. 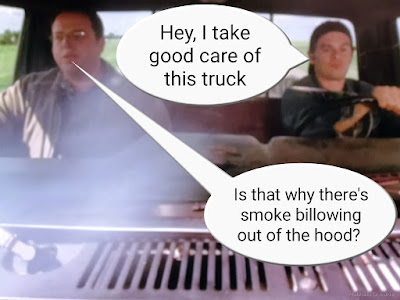 Brent: Yeah, but a kissing zoo? That's a bad idea. What's this idea, a petting booth? 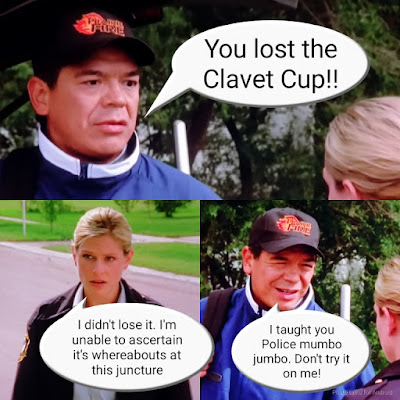 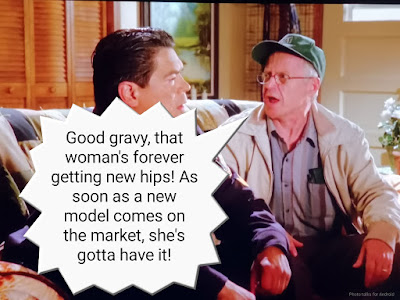 Brent is off to see a car salesman

Brent: Right. And let's not take any guff from those salesmen!

Brent: Strong language, but I think it's called for. We'll brook no foolishness!

Davis: Bet you didn't take me for a Hardy Boys reader did you?

Karen: Aren't you a little old for those

Davis: What? It's a very realistic crime drama about smugglers holed up in a mountain...shaped like a skull. What's with the getup?

Karen: I'm getting ready for the new physical

Karen: The province is bringing in new standards for rural police forces. Didn't you read the memo?

Davis: I don't have time to read memos! (returns to book) Oh boy - Frank and Joe are in quite the pickle!

Davis: (After breaking the new breathalyzer) We just need to figure out a different test is all. What are things you can't do when you're drunk?

Karen: Say no to pizza? Stop yelling at you for breaking my breathalyzer?

Karen: I can play pick up sticks when I'm drunk, everyone can

Davis: Really? Hope I kept the receipt for the pick up sticks... 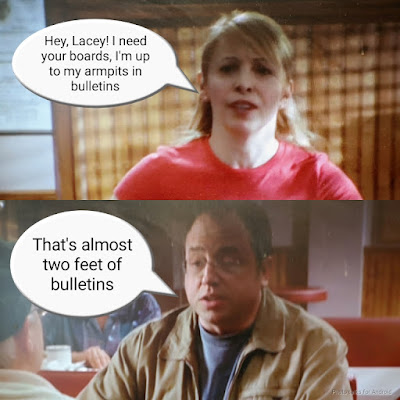 Oscar finally got the paper route he always wanted since he was a young boy!

Lacey: Hank was right, my newspaper was late this morning

Brent: Yeah, well, you can thank my dad. He's your eager 12-year-old

Lacey: Really? Ha! That is so sweet. Sweet and a little bit sad. Mostly sad 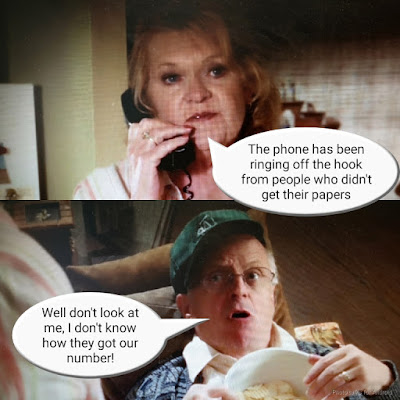 Digital thermosats can play merry hell with your consitution 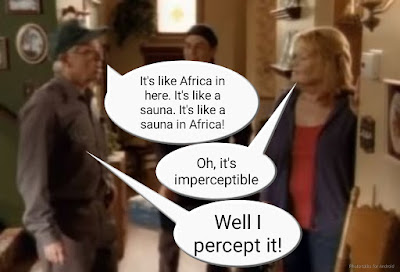 Oscar is upset about something. Makes a change. 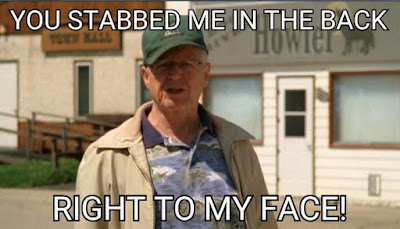 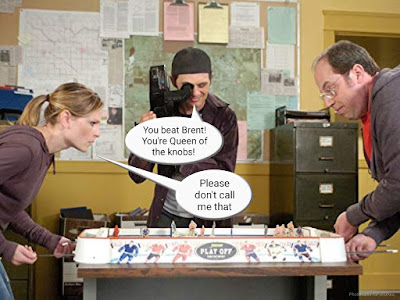 Lacey is keen to join a local association for youngish ladies -

Lacey: If I join I can nominate someone as a Distinguished Woman

Brent: What's their definition of distinguished?

Hank: A woman who was on fire and they put her out

Lacey: A woman who's distinguished herself 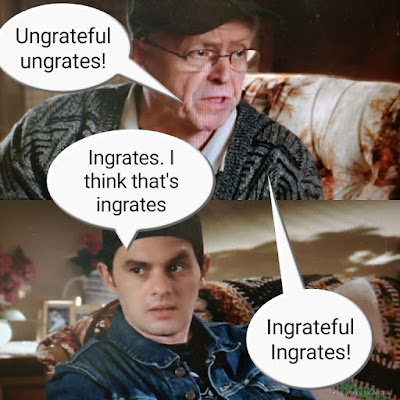 Never do the fingers thing after the scheme, always before.

And now.."The Wisdom of Hank" 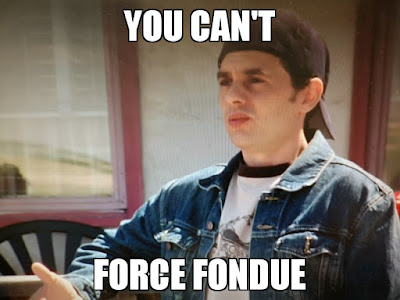 Hank: What did I do?

Davis: You didn't fix your broken tail light. I told you like a thousand times

Davis: Like ten million times. How are people going to know when you've stopped?

Hank: They hit the back of the truck; that's how I broke the light 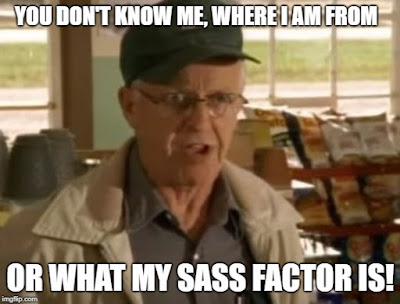 Davis contracts a bad case of automaton jealousy when Hank gets himself a toy robot. To out do Hank he buys an Original R2 D2 for £60 from E-Bay, a price that changes to $700 and $3500 throughout the episode!

Karen: Are you cutting a hole in the trunk for Artoo Detoo?

Karen: Why would we want to do that?

(back in the real world)

Karen: Hypothetically speaking, if I wanted to transfer, where are the forms?


Need an idea to start a brand new dance craze? Why not try and dispose of a bee hive. Here's Wanda to show you how to do "The Bee" the hip new dance that has all the kids talking. 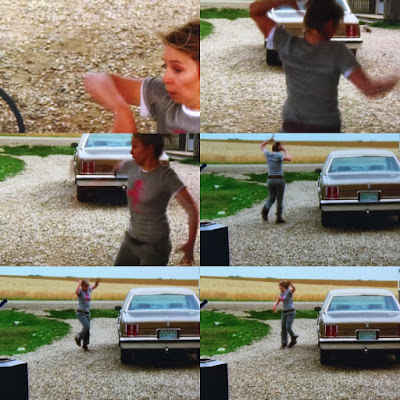 Hank: Hey Brent. I was driving the ball picker up at the driving range and I had one of those....what you call them?

Brent: That was my second guess 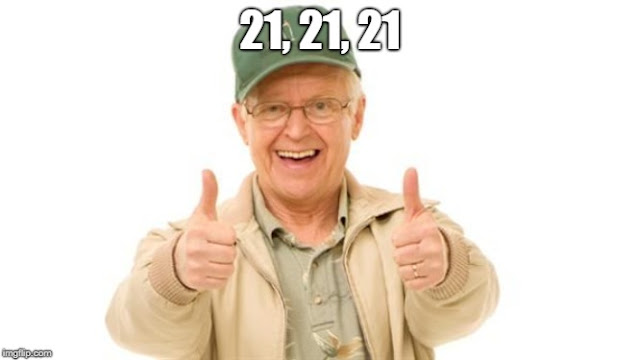 Oscar has decided that he is going to make a fine quality coffin for himself. He has a little daydream. How wonderful his funeral will be with his magnificently well made coffin

Emma: I was wrong as I was often when we argued. In fact now that he's gone I realize that every argument we ever had was my fault and Oscar was always right

Brent: I feel the same way me. I wish I listened more, Dad was always right

Hank: You know you two just repeated yourselves but that's ok because I think Oscar was always right about everything and you two were always wrong. I just wanted you to know that

Before you go to sleep, lock all the doors, close all the windows. A shadowy figure may sneek into your bedroom... 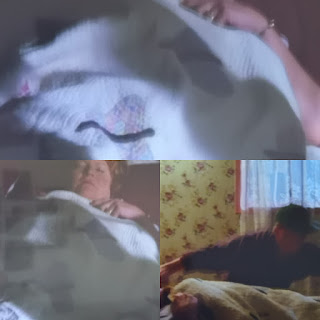 .....and measure you up for your coffin.

Davis: Hello Jazz fans. Ths is Downtown Davis. I'm gonna make a phone call, but it is not a real phone call. It's what we call a crank call. Okay, here we go

Davis: Oh, it's not Davis this is John Coltrane, jazz saxophonist. Do you have any popsicles?

Davis: Yeah. That's why this is Charlie Parker

Brent: So you want to think this through and call me back?

SO FOLKS THE END IS NIGH!! WE ARE DOWN TO OUR FINAL 25 CORNER GAS MOMENTS. THE CREME DE LA CREME, THE JEWELS IN THE CROWN, THE BEDKNOBS ON THE BROOMSTICKS!! TUNE IN NEXT WEEK FOR THE FINAL COUNTDOWN! WHAT IS THAT RINGING? IS IT MY EARS OR IS THE FIRE ALARM STILL GOING OFF? WHAT DO MEAN "STOP SHOUTING?"...RUDE.


a
Posted by Ian Richards