They Write the Songs - Craig Northey 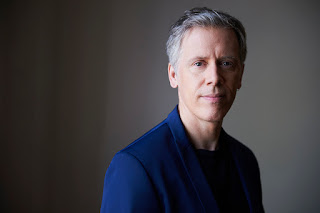 I believe it was William Shakespeare who wrote the immortal words "Give me your clothes, your boots and your motorcycle". He also wrote, in Twelfth Night, "If music be the food of love, play on". Twelfth Night is now deemed a classic in the literary world because it ticks all the required boxes to be bequeathed such a title. These boxes are that a) it is old, b) contains words and c) nobody really understands the thing or admits to not liking it.

Scholars through out the ages have dissected Shakespeare's prose and many have offered their theses as to the meaning of his oeuvre. I have given many minutes thought as to the real message behind "If music be the blah blah" and I can happily report to you that I have figured it out and all those literature boffins might as well give back their government research grants because I have it licked. This sentence is a simple romantic equation that can be solved with a literal translation as follows:-

"Why don't we put on some smooth jazz and push our lips together until I can taste what you had for breakfast".

What Billy Shakes is trying to get at is music, in the hands of a master, is truly wondrous thing that makes you feel all lovely, puts a big smile on your face and could well lead to some romantic wriggling.

There are many masters in the musical world but only two of them have written the theme tune for Corner Gas. Craig Northey and Jesse Valenzula, two legends in their own lifetimes, put together the earworm inducing tune that we all know and love. So let's have a look at their work and see if it backs up what Bill was trying to tell us all those years ago. This week we inspect - 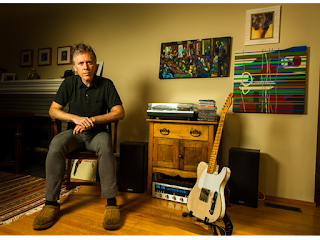 Craig is a founding member of Vancouver based band Odds. Over their thirty plus year career that band have racked up hit singles and albums and have become a mainstay of the Canadian rock scene.

Formed in 1987, Odds consisted of Craig and Steven Drake on vocals and guitar, bassist Doug Elliott and Paul Brennan playing drums.  In the early years the band played under the name The Dawn Patrol, playing covers of '60's and 70's tune in Vancouver venue The Roxy. They would play four or five nights a week and play as the Odds at gigs over the weekend, playing their own material. Never considering themselves as a covers band, they played these gigs to gain experience playing night after night and to earn money to put towards recording their own material.

In 1991 the band released their first, self produced album. Neopolitan. The album spawned two radio hits "Love is the Subject" and "King of the Heap". Craig sung vocals on both the hit tracks, a third single, a sexually explicit track entitled "Wendy Under the Stars" sung by Steven Drake, failed to chart. The album caught the attention of Warren Zevon, who picked the band up to tour with him promoting his album "Mr Bad Example".


Zevon co-produce the bands follow up album in 1993 "Bedbugs". Most notable is the track "Heterosexual Man" . The song was a hit and featured an unusual video of the guys in drag, performing on stage being watched by three jocks. The jocks were played by none other than Kids in the Hall members Dave Foley, Kevin McDonald and Mark McKinney. "It Falls Apart" and "Jackhammer" followed as further single releases. In Europe the band also released "Yes Means It's Hard to Say No" as a single.


Two years later, whilst working on their third album Paul Brennan left the band to join another Big Sugar. Pat Steward, ex Bryan Adams drummer and friend of Doug Elliott, quickly replaced him. Good Wierd Feeling was released featuring work from both drummers and soon became Odds most commercially successful album. Four singles were released, all of which charted. "Truth Untold" and "Eat My Brain" made it into the top ten whilst "Satisfied" reached the top twenty.

The same year Craig was working on the score for the Kids in the Hall movie Brain Candy along with Steward and Elliott. The movie soundtrack also featured "Eat My Brain". The film told the story of a new wonder drug GleeMONEX, anti-depressant, which becomes an overnight sensation. It follows that early users of the drug fall into a coma, trapped in their happiest memory. The movie was a flop at the box office but did soon gain a cult status upon home video release.


Odds quickly follow the success of Good Wierd Feeling with their Next album in 1996. "Nest" spawned the bands first number one hit single "Someone Who's Cool". The song was originally meant to be released as part of a second soundtrack album for the television show Friends. Tracks "Make You Mad" and "Nothing Beautiful" were also released as singles.


Odds toured extensively throughout the 1990's often supporting Tragically Hip and Barenaked Ladies before calling it a day in 1999. The decision to split allowed Craig to work on more solo projects and for other artists. However, Craig did continue to regularly work with Steward and Elliott. The trio teamed up with organist Simon Kendall and formed Sharkskin for an album of instrumental soul tunes. The three also formed the basis of the backing band of guitar great Colin James and still tour and record with him.

Over the next few years Craig continued to score for many television and film projects including television series Hockeyville, Kids in the Hall documentary Tour of Duty and the theme tune for a little known comedy series called Corner Gas. In 2002 he released his first solo album entitled "Giddy Up". The eight track album featured a version of "Write it in Lightning" a song written for The Who. Giddy Up was followed in 2004 by a collaboration with Jesse Valenzuela of The Gin Blossoms. The album "Northey/Valenzuela featured the studio version of "Not A Lot Goin' On".


As well as often performing as The Craig Northey Power Trio, the boys also teamed up with Rob Baker from Tragically Hip as Strippers Union. Strippers Union went on to release two albums "Stripper's Union Local 518" in 2005 and "The Deuce" in 2011.


In 2007 Odds reformed as New Odds. The guys were joined by new guitarist Murray Atkinson. The need to slightly change their name was because their rights to the name Odds had lapsed. However they since re-secured the name and continue to perform and record as Odds. Their first release with the new line up was the album "Cheerleader". It featured "My Happy Place" from the end credits of Corner Gas and was used as the single release for the record.

Craig continues to a be prolific writer and performer. He currently tours with ex Barenaked Ladies front man Steven Page and Canadian music legend Kevin Fox as The Steven Page Trio. They have toured extensively around Canada and the U.S. and are soon to return to the United Kingdom for a second tour. His recent scoring work includes Corner Gas: Animated, the fantastic documentary Being Canadian and Kids in the Hall mini series Death Comes to Town.

So with this evidence Ole Willy Shakes was correct in his presumption that music be the food of love. With this in mind, the work of Craig Northey has fed the love of many and thusly could be responsible for the creation of a large portion of the population of the west coast of Canada.
Posted by Ian Richards