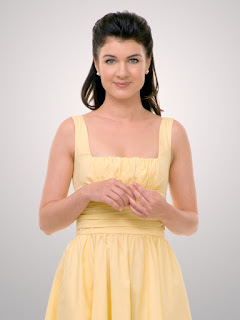 You may have noticed, in the past I have had a bit of a cob on about having to write biographies of your favourite Corner Gas actors and actresses. If you are to look up anyone who has wandered on to a Corner Gas set you will find websites with details that generally look a little like this -

"He or she were born in Canada and have lived there all of their lives except when they didn't. He or she have performed in many projects that involve acting but had a job previously that required no formal acting skills such as shoelace repair person or lolly stick whittler. He or she have been related to other human beings at some point, mostly their parents."


This information then migrates, possibly by osmosis, word for word to every other single website that reportedly holds a biography of my subject.

Well imagine my delight when researching fan favourite Gabrielle Miller. You can not move for factoids for this Australian born model, actress, musician and tap dancer. Well known for her adverts for internet travel site Trivago and her band Zap!

Unfortunately, much like a Stormtrooper with a sudden, unexplained, attack of accute droid based memory loss, this was not the Gabrielle I was looking for. After a bit of sifting, I found the correct one

Gabrielle Sunshine Miller was born in Vancouver, B.C. November 9th 1973 to a family with five siblings. She took her first acting class at the age of eight and regularly performed in school productions and with a children's theatre group called The Green Thumb Players. At the age of 17 she was working with her mother in their own house cleaning business called "Have Broom Will Travel". It was around this time her mother knew there was more to life for her daughter and encouraged her to pursue her dream of acting.

Gabrielle trained at The Breck Academy for Performing Arts. Started in the mid-1980s by popular actor Peter Breck. After moving to Vancouver with his wife and son, Peter was asked by a casting director to teach a weekly class to young actors on film technique. That once-a-week class became a full-time acting school - The Breck Academy - which he operated for 10 years. This was also the training ground for Gabrielle's future co-star Nancy Robertson.

Gabrielles first payed acting job was in a commercial in which she had to dance with a bowl of a cheese based snack on her head. She had taken dance classes in many different styles so was obviously a natural for the role. Her film debut came at the age of 18 in the movie Digger. 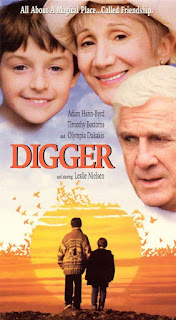 The film tells the story of a young boy who is sent to live with relatives when his parents break up. He soon makes friends with a dying boy who has a strange connection with nature. The comedy drama starred acting legends Leslie Nielsen and Olympia Dukakis and also featured Joshua Jackson as the titular character. It premiered in September 1993 at the Vancouver International Film Festival. 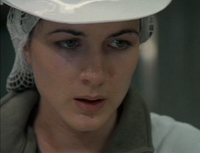 Gabrielle then became a regular the screens big and small. She appeared in popular series such as Highlander, The Outer Limits and Stargate SG-1. Notably Gabrielle featured in episodes from the second and third seasons  of The X- Files. Gabrielle has a central role in the first of these episodes Our Town. She plays Paula Gray an employee of a local Chicken factory in Dudley, Arkansas. Is she connected to the rising death rate in the town as iconic protagonists Mulder and Scully investigate reported foxfire in the area? In third season story, Syzygy, Gabrielle appears in a different role. A young actor called Ryan Reynolds also appeared. Reynolds would later go on to become a foul mouthed mercenary with a penchant for unicorns. 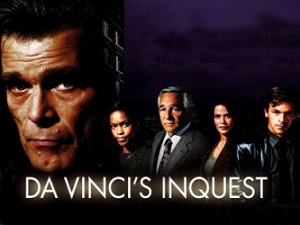 In 1999 she appeared in Da Vinci's Inquest. The role gained her a Gemini Award nomination for Best Performance by an Actress in a Guest Role in a Dramatic Series. The series, starring Nicholas Campbell, follows an ex Canadian Mounted Police officer who now works as a coroner who seeks justice in the cases that he investigates. The series ran for seven season despite never being a huge ratings winner. Gabrielle plays Joanna, the victim of a married couple who travel the Pacific Northwest who kidnap, abuse and kill unsuspecting young women. The character featured in a two part story featured in episodes entitled The Hunt and The Capture from the first season of the series.

It was not long after this that Gabrielle won the role of Lacey in Corner Gas. She may have missed the oppertunity to audition as she was in the midst of moving home. As luck, or fate, would have it the move was delayed a few days and was available to read for the role when the call for the audition came in. 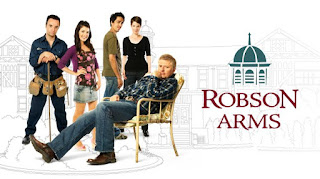 In 2005, whilst still filming Corner Gas, Gabrielle also took a regular role in popular comedy drama series Robson Arms. The show ran for three seasons and was based in an apartment building situated in Vancouver. Each episode would focus on a different tenant in the building with core characters interacting with them throughout each story. Fred Ewanuick also had a regular role in the show. Gabrielle plays Bobbi Briggs a newly wed and new to the Vancouver area. The series was originally produced to meet contractual obligations of the CTV affiliate network CIVT. They had agreed to produce an anthology series as part of it's programming and Robson Arms was the result of this. Gabrielle was nominated for another Gemini award for her work on the show in 2007 for Best Performance for an Actress in a Continuing Dramatic Role. She also won a Leo Award in the same year for Best Supporting Performance by a Female in a Dramatic Series. 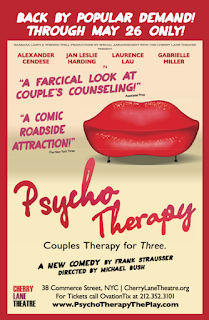 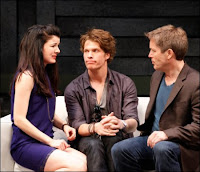 Gabrielle has been constantly busy since Corner Gas finished it's run in 2009, featuring in many television shows, movies and theatre. In 2012 she played Lily in off Broadway hit Psycho Therapy. The play revolved around couples therapist who meets with Lily who is supposed to arrive with her boyfriend, Philip, for help in their relationship. When Philip does not arrive, Lily' ex Dorian fills in his position at the session and a series of unlikely situations unravel into cases of mistaken identity and confusion.

Juggling family life with her career and charity work, Gabrielle is as popular as ever and continues to wow us with her exceptional talent in a variety of roles. We do, however, need to address the problem of having the same name as the Australian actress and serial tap dancer to avoid confusion for future biographers. If either of these lovely Gabrielle's happen to be reading this I have a few name change suggestions that you may wish to take up to help with this predicament -