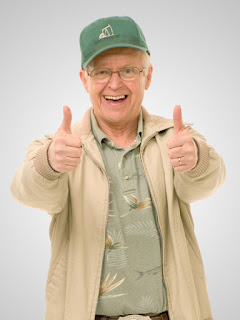 This series of biographies I have been writing under the heading of Dog River Denizens. I thought this fitted nicely, had a ring to to it and was super duper original. Well I was right on the money with the first two but the last assumption, not so much. Listening to a recent episode of The Buttpod, it seems that Dog River Denizens is what the cast called themselves whilst filming! I swear I did not know this when I came up with the title. However, I am glad I discovered it because it is a nice bit of Corner Gas trivia I can store in my memory banks in case it comes up as a question at my local pub quiz. I will put it in my synapses right next to other such handy dandy facts as -


I guess the point I am making here is that it is very hard to be original. The subject of today's post is a bonefide original, a trail blazer in the acting profession and, I doubt any would argue with me when I suggest, a true genius in the field. 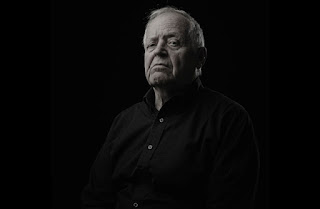 Eric Neal Peterson was born October 2nd 1946 in Indian Head, Saskatchewan. Eric Peterson studied drama for two years at the University of Saskatchewan before finishing his degree at the University of British Columbia where he received a Bachelor of Arts in performance drama. He began his career on stage in 1971 when he was a co-founder, with fellow artist John Gray, of the Vancouver collective theatre company, Tamahnous Theatre. 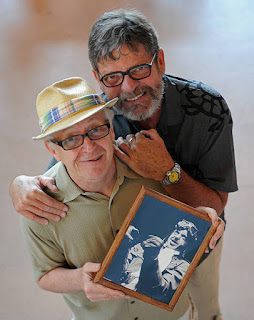 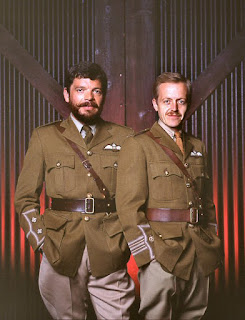 The company specialised in experimental theatre, particularly collective creation. Following the theatrical principles of Polish director Jerzy Grotowsky, Tamahnous (a Chilcotin work for magic), experimented with form and focused on inner experience realized through visual images. By 1981, Tamahnous had produced 38 plays, 21 of which were original. The first shows were performed in the Vancouver Arts Centre. Early works provided startling interpretations of the "classics," including a production of Dracula II (1971) using the shock tactics of Antonin Artaud's Theatre of Cruelty (in which the audience have their senses assaulted by the performers to allow them to experience unexpressed emotion); a politicized version of The Bacchae, which included scenes of total nudity; and a graphically violent adaptation of Medea. More palatable original creations followed: Salty Tears on a Hangnail Face (1974) with text by Jeremy Long and music by John Gray, a nostalgic response to the demise of hippy culture; The Shaman's Cure (1975), which used ritual and improvisation to explore contemporary society in a tribal context; Vertical Dreams (1979), which performed the fantasies and memories of the actors as therapy; Foolproof (1980), which blurred the lines between "normalcy" and madness. Among the many other works developed at the house was Billy Bishop Goes to War. 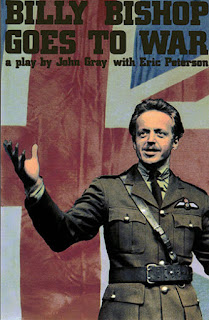 “I view my big break, if you want to call it that, as Billy Bishop Goes To War,” said Peterson. “It just made me so much more visible. That was quite a watershed for me.”

The play is now considered a classic of Canadian Theatre and has been produced and performed by many different companies all over the country. The development of the play started around 1978. John Gray and Eric were working in Toronto at Theatre Passe Muraille. Eric passed a copy of a book called "Winged Warfare" written by Billy Bishop during the first world war, to John. It is a heavily censored account of his 48 kills flying on battle. It occurred to them both that there was a story here of a forgotten hero of the war.

Eric had been performing in a small play called Herringbone, in which he played multiple parts. This was a technique the partners decided to use when putting together the play as it would save a lot of money. The play premiered at the Vancouver Cultural Centre on November 3, 1978. Peterson played 18 different characters, and Gray accompanied on piano and vocals. The original production toured across Canada, and also was staged in Washington D.C., both on Broadway and off Broadway in New York City, at the Edinburgh Festival and at the Comedy Theatre in London's West End. During the international tour, a second production, starring Cedric Smith with musical accompaniment by Ross Douglas, continued touring across Canada. The show was also made into a television movie in which Eric starred. Unusually, the movie was revisited, years later, with extra scenes added showing Billy reminiscing over his past exploits as an older man.

The show being a huge success bought Eric to the fore and he started to work outside the theatre in television and film. The early eighties were full of roles in television movies and episodes of popular t.v. shows.

In 1985 Eric even took on the might of Darth Vader and the Imperial Army. Spinning off from a little known series of space opera movies, Star Wars, two cartoon series were made. Ewoks and Droids. The two shows were extremely popular Saturday morning viewing all over the world. Eric played various voice parts in Droids - which followed the on going adventures of popular robots R2-D2 and C3-PO. He was also the voice of Teebo the Ewok, best friend of fan favourite Wicket as seen in Return of the Jedi. Around this time he also appeared in the Canadian produced version of the popular Care Bears cartoon show as Noble Heart Horse. 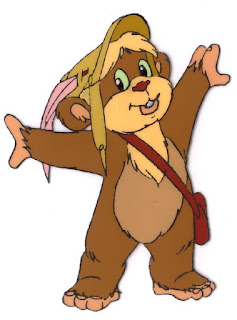 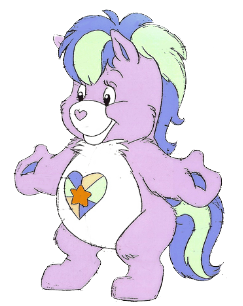 1987 saw Eric take on what was to become his most famous role of the time as Leon Robinovich in Street Legal. The series debuted on January 6, 1987,  the show revolved around three lawyers: Carrie Barr (Sonja Smits), Leon Robinovitch (Eric Peterson), and Chuck Tchobanian (C. David Johnson). Carrie and Leon were the committed, left-wing social activists, and Chuck was the conservative yet aggressive 1980s criminal lawyer. 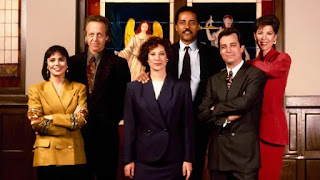 Initially the show was not all that well received so various production team members were changed in an effort to improve the show. In doing this more characters were introduced over later seasons and more involved and broader story lines were used than those in early seasons. The show soon became hugely successful and won many awards. Street Legal also held the record for longest running Canadian One Hour drama for twenty years until it was surpassed by Heartland in 2014. It has been recently announced that Street Legal will be receiving a reboot in 2019 with Eric reprising his role as Leon.

Street Legal ran for eight seasons and 124 episodes , coming to an end in in 1994. Eric went on to continue working in theatre and appear in episodes of various television series. He could be seen in Kung Fu: The Legend Continues, PSI Factor, La Femme Nikita and Goosebumps to name but a few.

2001 featured a career highlight when he portrayed Old King Cole in the Canadian version of Sesame Street. Re-named Sesame Park the show ran from 1996 until 2002 and featured edited versions of the American show with newly filmed Canadian inserts. Eric won a Gemini Award for his performance "Best Performance in a Pre-School Program or Series". 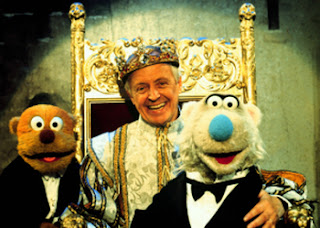 In 2006 Eric would step into the shoes of everybody's favourite grouchy father figure, Oscar Leroy on Corner Gas. On auditioning for the part, Eric knew he had to become Oscar. The producers of the show considered him a natural for the role. He worked closely with the production team in creating the character, having an input into every detail of the character even his wardrobe. The marriage of Eric with Oscar created an icon of comic televisual history. In addition to this his partnership with Janet Wright as Oscar's long suffering wife Emma was a match made in heaven. Eric and Janet had been friends since their university days and their natural chemistry worked magic on screen in all their scenes together. 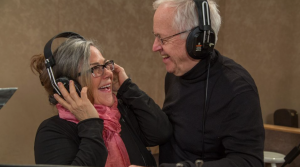 Eric continues to work on stage and screen and can be heard voicing Oscar Leroy in Corner Gas Animated. He inspires all the work with him as well as up and coming actors who follow in his footsteps. It seems the only thing that disappoints many fans when they meet Eric is that he is by no means the cantankerous grouch he portrays in Corner Gas.

It is hard to sum up such a long and prestigious career as the one that Mr Peterson has had in a brief biography. It is easiest to call him a pioneer, and icon and a true Canadian original. 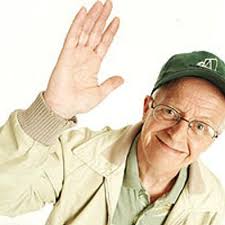